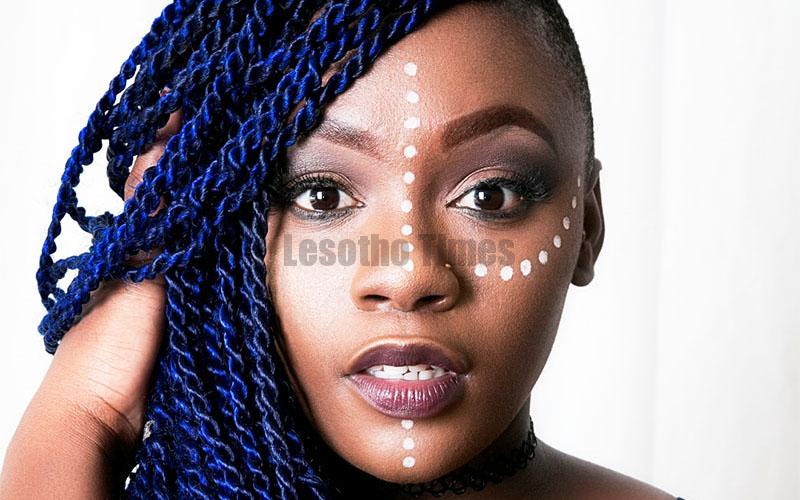 SOUTH African songstress, Amanda Black has promised to deliver a thrilling experience when she performs Lesotho in November this year.

Amanda Black is set to perform at the Lesotho Times Fanfest scheduled for 3 November 2018.

The show which is being organised by event planners Plan A is meant to celebrate Lesotho Times’ over a decade of service to the country.

The Amazulu hitmaker said she was excited about another chance to perform in Lesotho and said revelers should expect a time of their lives.

“I am so excited,” said Amanda Black adding: “revelers must just expect a great show where they will hear some of their favourite tracks.”

Known best for her track Amazulu, the singer said she was shocked that the 2016 track is still in demand two years after its release.

She said she regards the track’s popularity as an “incredible blessing”.

“It’s crazy really (that the track is still popular). Whenever I perform people still chant ‘Amazulu’. It is pretty amazing for me. It’s an incredible blessing,” Amanda Black said.

She said the popularity of the track has left huge pressure on her shoulders as her new material has to reach the same standards.

“It’s incredible because people are now waiting for my next project and I can feel the pressure to follow up on Amazulu with another big hit.

“However, what I take comfort in is the fact that on Amazulu I was telling my story so if I do the same for the second time it would be awesome.”

She said she also feels honoured to be among the young artistes on the line up adding that the chance afforded to her and her agemates also comes with a responsibility to be torch bearers.

“Young people relate to us. Our peers look up to us and it is a huge responsibility for us to motivate them and we also have a role to encourage them that despite their current circumstances they can still make it in life.”

Amanda Black said she was also honoured to be performing alongside Tshepo Tshola and Oliver Mtukudzi, musicians whom her parents grew up listening to.

“It is also an incredible honour. My parents grew up listening to their music and I also looked up to them my whole life but now I will be performing on the same stage alongside them so it is a great honour.

“It also speaks to diversity as there will be so many different artistes on the same stage,” Amanda Black said.

The songstress said she expects to perform for an interactive audience when she comes to Lesotho.

“I enjoy it when the audience sings along and we engage with the right energy.”

Asked whether or not she would be releasing any new music soon, Amanda Black said she does not have any plans to release any new music this year.

“If anything come this year then it will be a surprise. However, I know I will certainly release new music next year.”

Born on 24 July 1993 in Umthatha in the Eastern Cape province of South Africa, Amanda Black has one album titled Amazulu released in November 2016. The album sold platinum just three months after release and the title track Amazulu has remained popular up to date.

“I love extreme sports like bungee jumping and sky diving but I hope in one of the experiences my heart doesn’t stop because I remember when I went to Krugersdorp in Johannesburg for a high bridge walk I could not breath and I was screaming the whole time,” Amanda Black said.