All set for Thabane inauguration 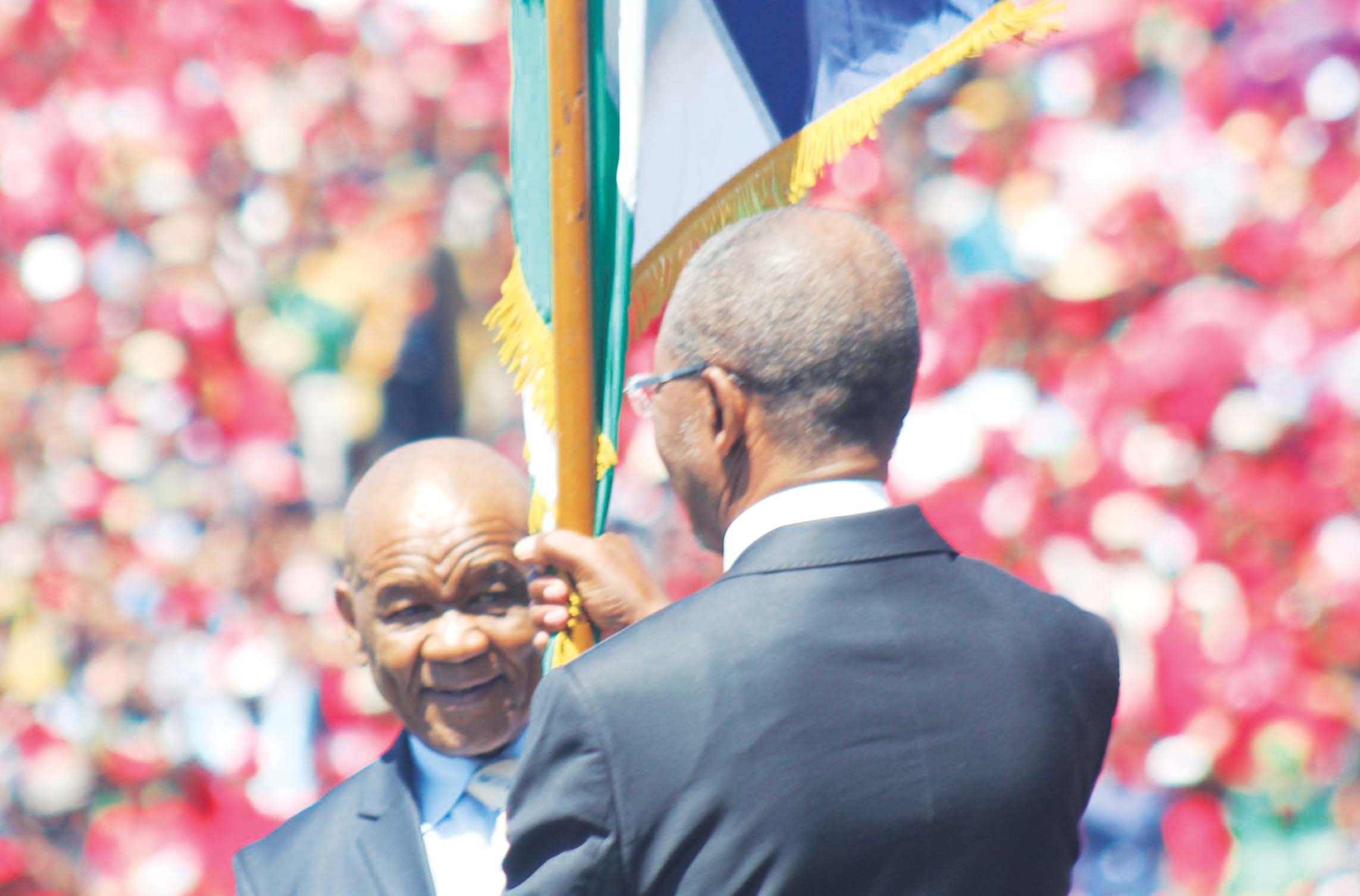 According to Government Secretary, Lebohang Ramohlanka, the Council of State, which advises King Letsie III on key constitutional functions including appointment of the prime minister, held a meeting yesterday to confirm Dr Thabane’s election by a four-party alliance.

Additionally, the council consists of “not more than three persons who shall be appointed by the King on the advice of the prime minister, by virtue of their special expertise, skill or experience, and a member of the legal profession in private practice who shall be nominated by the Law Society.”

Section 87(1) and (2) of the Lesotho constitution state that:

“There shall be a Prime Minister who shall be appointed by the King acting in accordance with the advice of the Council of State.

Dr Mosisili had initially handed over the reins to Dr Thabane on 8 June 2012 after the latter joined forces with the BNP and Lesotho Congress for Democracy (LCD) following the 26 May 2012 elections.

The ABC leader had also handed over power to Dr Mosisili 28 months ago, after the Democratic Congress (DC) leader cobbled together a governing alliance with six other parties following the 28 February 2015.

She said they were yet to finalise the list of foreign dignitaries that would be invited to attend the inauguration.

“We will finalise the list of VIP delegates and heads of states who have confirmed their attendance in a meeting with officials from the Ministry of Foreign Affairs,” Ms Ramohlanka said.

A government gazette confirming Dr Thabane’s election as prime minister would be printed by this morning “at the latest”, she added.

Dr Thabane’s ABC, the Alliance of Democrats (AD), BNP and Reformed Congress of Lesotho (RCL) last week cobbled up the 63 seats they garnered in the 3 June 2017 parliamentary elections to form the next government.

The ABC combined its 48 seats with the AD’s nine, BNP’s five and the RCL’s one.

Basotho went to the polls earlier this month to elect their representatives in the National Assembly after the four parties brought the tenure of Dr Mosisili’s seven-party government to a premature end, having served just two years of its five-year term.

Dr Mosisili’s seven-party alliance could only muster 47 seats combined, which was well short of the 61-seat threshold required to form government in the 120-seat National Assembly.

On Thursday last week, Dr Mosisili resigned from the premiership, after his party conceded defeat having only garnered 30 parliamentary seats. King Letsie III then instructed Dr Mosisili to hold the fort until tomorrow’s inauguration of his successor.

However, on Friday last week, parties in the outgoing governing coalition convened a press conference in which they claimed to have uncovered “damning and tangible evidence” of voting irregularities without providing any proof.

The press conference, which was addressed by Mr Metsing, DC deputy leader Mathibeli Mokhothu and other outgoing seven-party coalition officials, was not attended by Dr Mosisili, who had reportedly attended a funeral.

Mr Metsing claimed that some voters were given a chance to register for the elections days after the stipulated deadline, while some of the people’s names had been captured with a pen and had still managed to vote.

The LCD leader also claimed that some voters were transferred from their constituencies and voting centres to vote twice “and even thrice because their names appeared more than once in different lists”.

“In our view, elections are a pillar of democracy. And in a situation where there is fraud in the electoral lists, there is simply no way the results would reflect the will of the people or be democratic,” Mr Metsing said, adding that the outgoing government wanted the matter to be “resolved” with a forensic audit of the voters’ roll before the end of this month.

Mr Metsing also called for a government of unity (GNU) as a way of bringing about lasting political stability in the country.

“There is no need for the removal of the existing government in office as we all agree that in order for Lesotho to be stable, there is a need for a government of national unity,” he said.

However, the ABC, AD, BNP and RCL have since dismissed the call for a GNU as a ploy by the departing regime to claw back power after losing the elections.

The four parties also scoffed at the outgoing government’s allegations of voting irregularities, saying they should accept defeat and not “come up with antics to sow seeds of distrust” in the country’s electoral system.

For its part, the Independent Electoral Commission said it was yet to receive an official complaint and “valid proof” from the outgoing government on allegations of voting irregularities in the polls.

Opponents of the outgoing coalition interpreted Mr Metsing’s remarks as an attempt to undermine the legitimacy of the incoming government.

Prominent political analyst, Mafa Sejanamane, stated in his article published elsewhere in this edition that Mr Metsing’s assertions were tantamount to incitement to stage “either a rebellion or a coup”. (See article on Page 12)

“For Mr Metsing, the issues are clear; it is either Dr Thabane is stopped from gaining power after he won the elections, or the army, which can now be clear that he has turned it into a militia will face danger,” argues Prof Sejanamane.

“It is not that Mr Metsing’s fears are baseless. All the political parties undertook to implement the SADC decisions which include the suspension of those of his allies who have committed serious crimes pending further investigations.

“The point is that his statements are tantamount to incitement to the militia to stage a coup. It is unheard of that an outgoing deputy prime minister can incite the army against the incoming government.”

However, the South African government has issued a warning that it would not tolerate a military coup in Lesotho by the Lesotho Defence Force (LDF).

South African International Relations Minister Maite Nkoana-Mashabane’s said in a press briefing held in Johannesburg earlier this week that the neighbouring country in particular and the Southern African Development Community (SADC) in general would not tolerate any attempt to overthrow a democratically-elected government.

“This was made very, very clear to everyone in Lesotho two weeks ago. They have just had an election a year and a half ago, and they have also undertaken to go back to the reforms which they themselves say has bedevilled focus on governance.

“So the coup thing, I think it is as clear as (daylight), we will not allow it to happen, not in our backyard. That’s not a threat; it’s just the way it is.”

She said the South African government would continue to monitor the situation in Lesotho.

“So we take it that Lesotho’s election has gone ahead and that there will be that acceptance. Of course, we will continue to monitor and support the Basotho in their endeavour to find peace.”

Efforts to contact LDF’s head of Public Affairs, Brigadier Ntlele Ntoi, on his mobile phone were fruitless yesterday as his phone was not reachable.

However, ahead of the 3 June 2017 elections, the LDF allayed fears it was planning to stage a coup d’état in the event that the Dr Mosisili-led government lost the parliamentary elections.

Brig Ntlele Ntoi had told the Lesotho Times, the agency’s mandate was to “adhere to the principles of democracy”.