All roads must lead to African continent 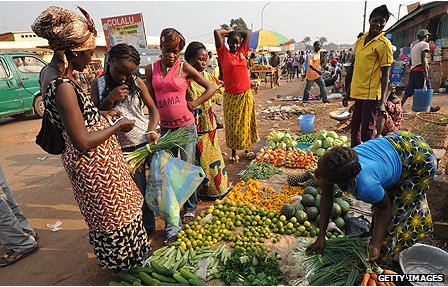 As exhibited by UK Prime Minister David Cameron, who made the above comment on 8 June 2013, governments of wealthy countries like to tell tales of generous aid spending and a common responsibility to help those less fortunate in the world.

But there is another story to tell. And it is not a story of what is given to continents such as Africa, but of what is taken away.
Research published this reveals that whilst the continent receives US$30 billion (M320 billion) in aid a year, this figure pales in comparison to the $192 billion (M2 trillion) leaving the continent via illicit financial flows, the repatriation of multinational company profits, debt repayments, loss of skilled workers, illegal logging and fishing, and the costs imposed as a result of climate change.
When these losses are compared to overall financial inflows –– including not just aid but foreign investment and remittances –– Africa is left with a US$58 billion (M618 billion) a year net loss.
To put it in to context, that is over one and a half times the estimated US$37 billion (M394 billion) a year extra funding it would cost to deliver universal health coverage for everyone in the world.
These figures expose the true financial relationship of wealthy countries with Africa, a relationship that is seldom mentioned by politicians. It is a relationship in which the world doesn’t aid Africa, but in which Africa aids the world.

False narratives
Debates on the role of wealthy governments in ending global poverty tend to focus on how much aid we should give.
UK politicians, for example, line up to defend the aid budget in a time of austerity and increasing public hostility, while the media and NGOs often publicly applaud them for doing so, reinforcing the image of the UK’s benevolence.
Yet despite years of public fundraising campaigns and aid “generosity”, we are still nowhere near to witnessing the end of global poverty.
In fact, this aid obsession merely acts as a smokescreen that hides the true causes of global poverty and reinforces paternalistic notions of Africa as a poor and corrupt continent with helpless people in need of intervention from wealthy countries.
It is a smokescreen that hides the fact that these wealthy governments often have a large role in causing the conditions that their “aid” is supposed to help fix.
The current system is one that facilitates a perverse reality in which: companies are allowed to promote their “corporate social responsibility” whilst routing profits though tax havens.
Wealthy philanthropists donate money whilst their companies dodge tax; and short-term fundraising tactics mean NGOs push the idea that donating a few pounds to charity will solve poverty whilst simultaneously ignoring the systemic injustices that keep Africa poor.

Complicit countries
However, Africa is not poor, though its people are being kept in poverty by a combination of inequitable policies, huge disparities in power, and criminal activities perpetuated and sustained by wealthy elites, both inside and outside the continent.
For example, US$35.3 billion (M376 billion) a year is lost in illicit financial flows facilitated by the global network of tax havens.
Tax havens jurisdictionally linked to the G8 countries or the EU are responsible for 70 percent of global tax haven investment, and the UK is at the heart of this with at least 10 tax havens under its jurisdiction, or 11 if you count the City of London.
The illicit haemorrhaging of finance is most clear in resource-rich countries.
Whilst it would be logical to assume that these countries would have lower levels of poverty, in fact the reverse tends to be true.
Of the world’s poorest one billion people, one-third live in resource rich countries.
Additionally, resource-rich countries account for nine out of the 12 countries at the bottom of the Human Development Index (HDI), a measure of wealth, life expectancy and education, illustrating the impact of corruption facilitated through tax havens and secret corporate activities.

Action, not just aid
Real progress on global poverty requires that politicians stop hiding behind this aid propaganda and instead take concrete action to tackle the real causes of poverty.
This includes urgent action to close down the UK’s network of tax havens, to tackle the looming debt crisis, to end the plundering of African resources, and to tackle climate change.
Politicians are only telling us half the story when it comes to the world’s financial relationship with Africa.
It is time that we expose the aid myth and demand that politicians take responsibility for their part in sustaining global poverty. Change requires that countries be judged not just on their aid, but on their action.
–– ThinkAfricaPress.