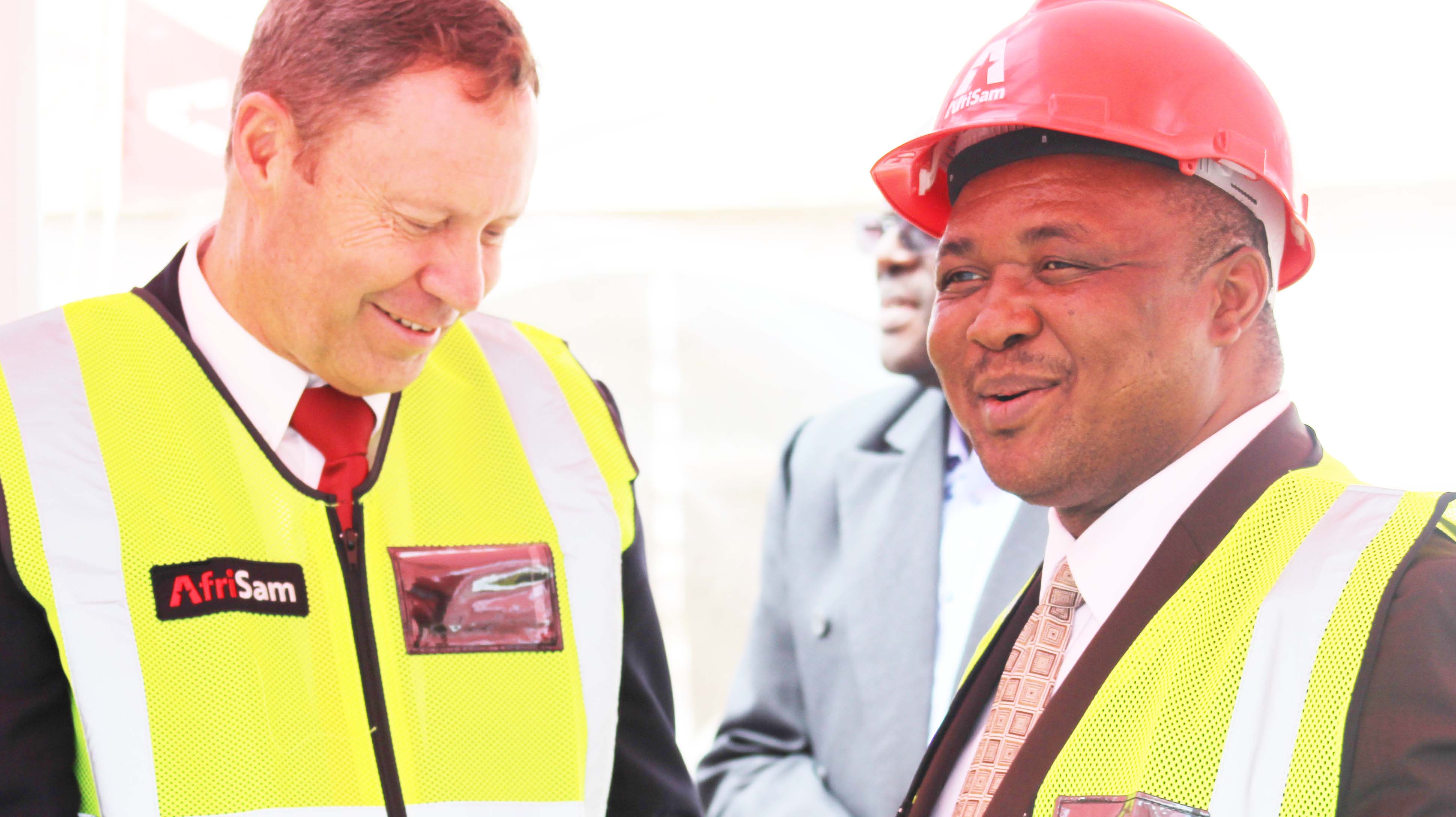 The plant, which would be situated on AfriSam’s Lesotho distribution centre in Maseru,is meant to provideall the country’s cement needs, witha capacity to blend and pack 200 000 tonnes of the building material per annum.

The facility is scheduled to start operations by the third quarter of 2016.

Deputy Prime Minister Mothetjoa Metsing, who was the special guest during the factory’s sod-turning ceremony, said it would positively affect many sectors of the economy through employment and business creation.

“The manufacturing sector currently contributes 12 percent of gross domestic product. Therefore, this new factory will make an immense contribution towards the eradication of poverty through job creation,” he said.

“To our valued investors AfriSam, I would like to assure you that we appreciate and embrace your contribution towards our industrialisation drive.”

The deputy premier said the rights of investors were respected and protected by laws in Lesotho.

“May I also take this opportunity to reassure all foreign investors already operating in Lesotho and prospective ones for that matter, that this government is not about to expropriate their investments in the name of localisation,” he said.

“I also wish to appeal to our industrialists to work with us in ensuring that local entrepreneurs have a meaningful role to play. Among the ways in which this can become a reality is to ensure that all support services, wherever possible, are produced locally.

“This will help deliver meaningful and sustainable benefits to our local private sector and also create sustainable business environment.”

“The smart partnership between the government, employers andemployer associations of organised labour has installed mechanisms which will hopefully eliminate disharmony in the workplace subject to the cooperation of all stakeholders,” he said.

“I therefore implore the investor community, both foreign and local, to observe the international occupational health safety laws, whose violation often constitutes cause for industrial disharmony.

“Let us avoid, at all costs, the issue of industrial instability as it can lead to discontent, mistrust and indiscipline which eventually will result in painful losses for all of us.

“We would not want to see companieslosing productivity and profits, or employees losing their jobs.”

AfriSam Chief Executive Officer Stephan Oliver said the factory’s production capacity could be increased if the demand for cementincreased in Lesotho.

He said AfriSam products had been at the centre of many large-scale construction projects in Lesotho.

“Over the years, AfriSam’s products have been used in a number of iconic buildings and infrastructure projects in Lesotho such as Katse Dam, various roads, bridges, commercial buildings, hospitals, and schools,” said Mr Oliver.

AfriSam Country Manager Thato Tšuene said the process of getting the permissionfor the construction of the factory from the relevant authorities took a long time which had resultantly delayed their plans.

“We had plans to establish this factory for a while. But we were delayed due to the long process of obtaining a lease for the site,” Mr Tšuene told the Lesotho Times on the side-lines of the ceremony.

He added that the factory would import semi-processed raw materials andfully processand pack them for the Lesotho market.

On his part, Trade and Industry Minister Joshua Setipasaid investment of the likes of the AfriSam deal would spur economic growth.