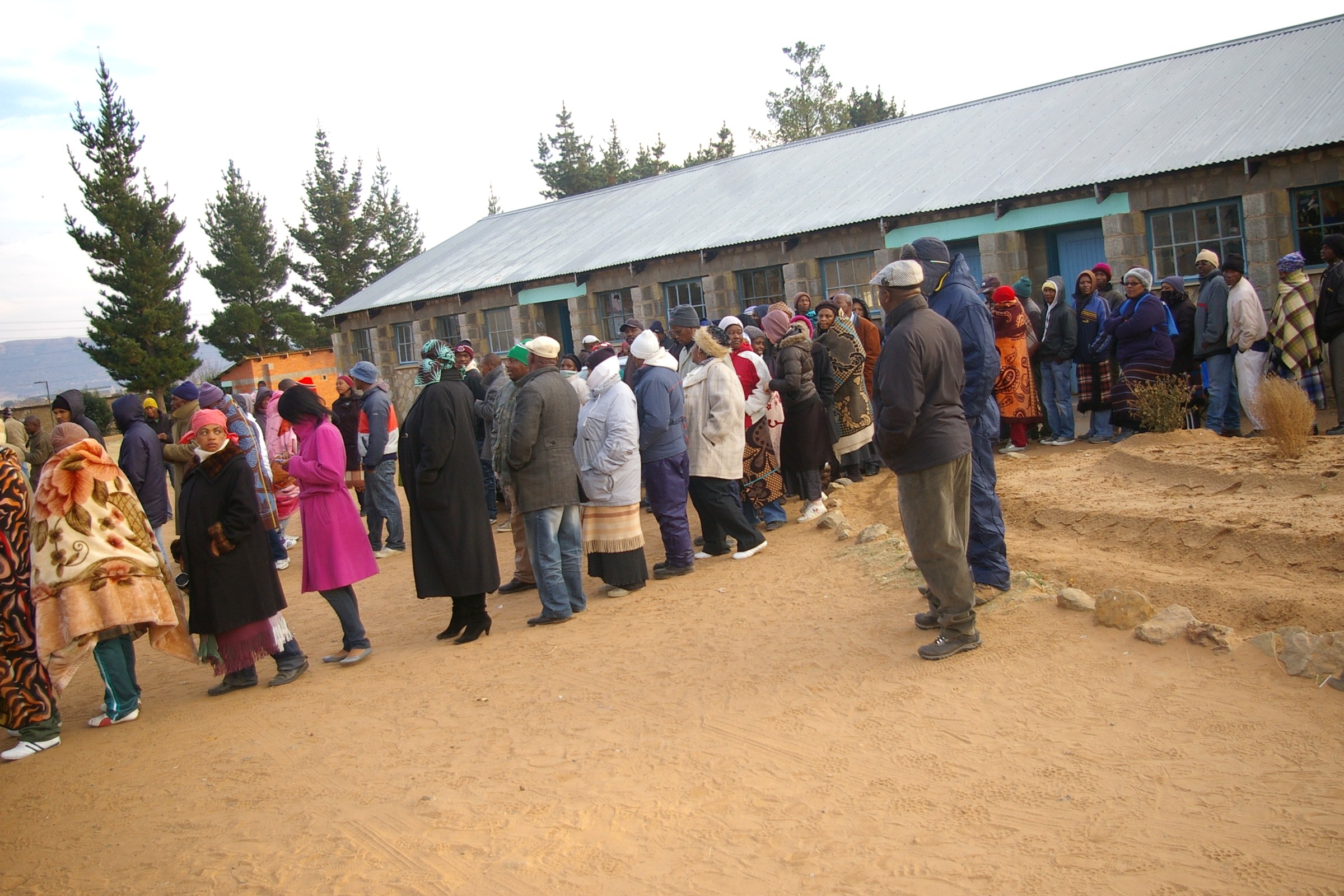 A total of 3549 advance voters are expected to cast their ballot on Saturday—kick-starting the much-anticipated election of the country’s new government.

The early vote seeks to cater for embassy staff abroad, state security personnel, medical practitioners, journalists and election observers, who would be on duty when the rest of the nation goes to the poll on 28 February.

Ballot papers for the advance poll were brought into the country from South Africa yesterday, while the rest would be delivered on Saturday, according to Acting Director of Elections, ‘Mamatlere Matete.

Ms Matete further said the ballot papers would be under 24-hour protection at the IEC Warehouse in the Maseru Industrial Area to reassure stakeholders that they would not be tampered with.

“From the day of their arrival, the papers are going to be protected by the police, and members of the Logistics Committee who represent all the 23 political parties contesting the elections,” Ms Matete said yesterday.

“From the warehouse to the district offices, the ballots papers would still be under tight security and this arrangement remains until the day of the elections.”

Ms Matete reiterated the role of the Lesotho Defence Force (LDF) in the elections is only to deliver ballot papers to the remote constituencies and not providing security on polling day. Some political party leaders had strongly objected to the military patrolling the countryside on polling day, fearing their presence could spark bloody confrontations with the police with whom they have a very frosty relationship. The clashes, the leaders fear, could then lead to anarchy.

“We decided, at our meetings as representatives of the IEC, National Security Service, Lesotho Mounted Police Service, Lesotho Defence Force and Southern African Development Community Observer Mission that army helicopters are going to be used for the delivery of voting material to and from the remote voting stations.

“In addition to the LDF pilot and co-pilot, there would also be a police and IEC officer, and a SADC representative in the helicopter. The rest of the LDF members would be in the barracks on election day as they would have cast their votes already on 21 February as advance voters.”

Meanwhile, IEC Commissioner, Makase Nyaphisi, says the greatest challenge Lesotho faces is how parties would react to the election results.

Dr Nyaphisi made the remark at yesterday’s launch of the SADC Electoral Observer Mission to Lesotho.

According to the commissioner, political party leaders would be signing an Electoral Pledge on Saturday to reaffirm their commitment to a free and fair election and also that they would accept the outcome of the vote.

Dr Nyaphisi also highlighted the challenges the commission continues to face as it prepares for the elections which are being held two years early due to a dispute between the ruling partners, namely Prime Minister and All Basotho Convention leader Thomas Thabane, Deputy Prime Minister and Lesotho Congress for Democracy leader Mothetjoa Metsing and Sports Minister and Basotho National Party leader Thesele ‘Maseribane.

“Some of the challenges we are facing as the IEC include logistics towards the delivery of voting material and what could happen after the polls.

“We are anxious about the reaction of the various parties to the election results.

“We also had procurement challenges regarding election material as the date of the polls was only announced on 8 December 2014. This meant we only had two months to prepare for the elections but again, most companies were closed in December for the festive season break.

“We also had to seek waivers for certain financial and procurement issues to be cleared, but in some cases, these were granted very late. However, I am happy to say we still managed to do what we wanted to do within the limited period,” said Dr Nyaphisi.