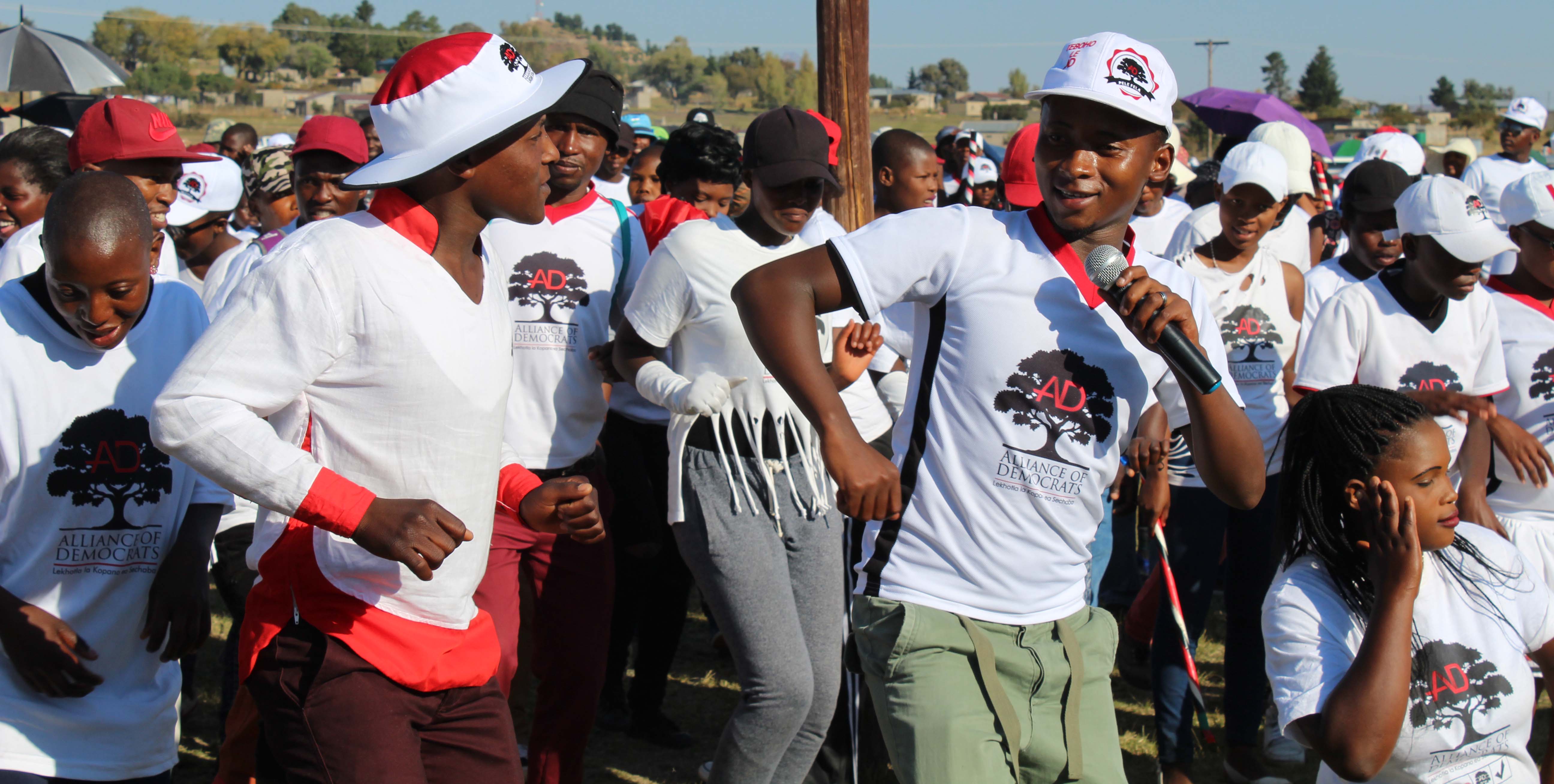 WITH eight stalls having been erected at the Thaba-Khupa open ground last Saturday, one could have easily mistaken the Alliance of Democrats (AD) rally held in Ha Makhalanyane for an open market.

AD supporters would walk from one stall to another, some buying while others just made inquiries, showing that the rally was not just about politics.

For fashion designer, ‘More Ralefifi, the rally was a business opportunity he was fully exploiting. The 20-year old showcased his Blank Slide t-shirts on his stall, which was the first port of call for AD supporters coming for the rally.

“I was fully aware that the AD’s support base mostly consists of young people, and that is why I decided to come here and display my work,” Mr Ralefifi said on the side-lines of the rally.

“Apart from being a businessman, I like the policies of the AD and am on the verge of registering as a member of the party.”

The stall was the budding entrepreneur’s first display of his wares since he started designing the t-shirts. Mr Ralefifi said he was pleasantly surprised by the reception from the AD supporters.

He explained that his sprayed t-shirts concept was inspired by an episode on the South African Broadcasting Corporation television show, Expresso.

“While watching Expresso one day, I was inspired by the entrepreneurship ideas some of the programme guests were suggesting and decided to try them here,” said Mr Ralefifi.

“I decided to make my t-shirts different from the traditional tie and dye designs which entail the dipping of the fabric in the dye for a certain time to ensure it soaks in.

“Instead, I use a spray to design my t-shirts, and so far I am the only person who designs t-shirts like that in Lesotho.”

He said there were many naysayers on his idea, but they had been silenced by the finished product.

“Now that they have seen the end product, everyone is saying well done and that inspires me a lot. I have advertised my work on social media and the reception has been good,” he said.

“The opportunity I have to market my wares today takes the cake. This rally has made me believe that my dream of becoming a millionaire at the age of 27 years is possible.

“It is difficult to get employment in this country, but today’s reception showed me that I can do anything if I put my mind to it.”

Not to be outdone, the AD was also showcasing party regalia for sale to supporters at the rally.

The AD stall displayed their white-coloured regalia of two types of sweaters, leggings and skirts akin to those worn by tennis players.

The hive of entrepreneurial activities at AD rallies was in line with the party’s promise to prioritise job creation upon being elected into government, according to AD Secretary-General Mokhele Moletsane in an interview this week.

“What you saw at the Ha Makhalanyane rally was a well organised business expo for our members,” he said.

“It was organised by a team assigned to ensure that young people get an opportunity to market their businesses at the party rally.

“We are saying to the nation that the AD will not wait to be in government for its members to make a living for themselves. We are leading by example by giving our members and young people the opportunity to make a living without involving the government.”

Mr Moletsane said they had also created a youth business facility at the party office.

“The facility provides a creative space for young entrepreneurs to help them make their dreams come true,” he added.

AD leader Monyane Moleleki recently said the party would send two young people to an Asian country to undergo training in the wool and mohair industry.

In a televised address to drum up support for his party ahead of the 3 June 2017 elections, Mr Moleleki said the initiative was a sign that his party was not waiting to be the government to ensure that young people got involved in business.

“When they come back, they are going to lead a wool and mohair firm working closely with experts from the Asian country,” Mr Moleleki said.