A deadly but beatable foe 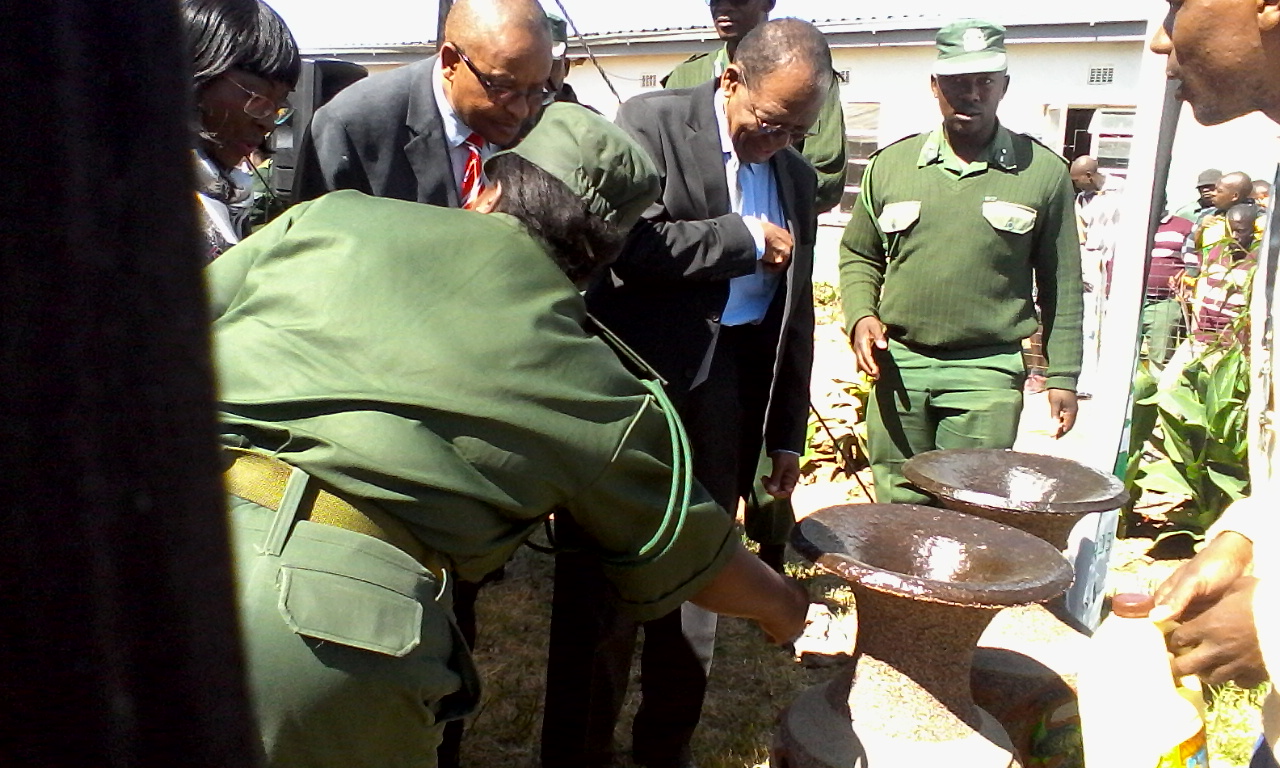 WHEN Thabang Tsoeu (name changed to conceal his identity) was handed a one-year jail sentence for armed robbery early last year, he had no idea this would be a life-changing experience in more ways than one.

A few days into his prison stint at Berea Correctional Service in Teyateyaneng, Tsoeu’s health began to deteriorate.

“I was sentenced to one year in prison after being convicted of robbery. I was determined to make my prison life as normal as possible but in less than a week, things took a turn for the worse,” Mr Tsoeu told the Lesotho Times.

Mr Tsoeu narrated how he soon discovered what he had thought to be a common cold was, in fact, the beginning of the deadly tuberculosis (TB) infection.

“I thought I was catching a common cold because of the change of environment but I coughed continuously for days without getting better. My chest was painful and I felt weak during the day and sweated at night,” he said.

Mr Tsoeu was eventually taken to hospital where he was informed he had TB.

“I was immediately put on medication, which I had to take every day for six months,” Mr Tsoeu recounted.

“I was also told I had high chances of relapsing if I stopped taking my medication within the six months period of treatment. I was warned of the possibility of suffering from a more deadly multi-drug resistant (MDR) strain of the disease in the event of defaulting on treatment.”

With the warning ringing in his head, Mr Tsoeu said he religiously took his medication, although there were times he felt like giving up due to the severe side-effects.

“I would vomit and during the first month, my feet were swollen, making it hard for me to walk. With the help of the prison officers and my wife who frequently reminded me to do it for the sake of our children, I persevered with the medication,” he said.

Mr Tsoeu has since been released from jail and is now a healthy vendor making a living out of selling fruits and vegetables on the streets of Maseru.

“I am forever thankful for the strong support I received from fellow prisoners, warders and my family. I urge convicts and everyone else to adhere to the TB treatment no matter the side-effects,” he said of his experience.

Mr Tsoeu spoke to the Lesotho Times shortly after the country belatedly commemorated World Tuberculosis Day on 30 March at the Maseru Central Correctional Institute. The day is observed annually on 24 March and was held under the theme, ‘Unite to end TB’, this year.

This year, Lesotho commemorated World TB Day under a dark cloud after WHO announced it was now ranked first in TB infections globally. According to the World Health Organisation’s 2015 Global TB Report, 852 in every 100 000 Basotho suffer from the highly infectious disease.

Neighbouring South Africa is second with 834 people in every 100 000 being infected.

The highly contagious disease is caused by various strains of mycobacteria and is transmitted through the air when people who have an active TB infection cough, sneeze, or transmit respiratory fluids. This makes it a highly unpredictable and dangerous disease mainly attacking the lungs, although it can also affect other parts of the body.

WHO says the probability of developing TB is much higher among people infected with HIV, leaving Lesotho extremely vulnerable due to its high HIV-prevalence rate. At 23 percent, Lesotho’s HIV prevalence is the second highest in the world behind Swaziland’s 26 percent.

“TB now ranks alongside HIV as the leading cause of death worldwide. HIV’s death toll in 2014 was estimated at 1.2 million, which included the 0.4 million TB deaths among HIV-positive people,” reads part of the WHO report.

Fortunately, TB can be treated if detected early.  This is the one silver lining in what is an otherwise dark and perilous world where the patient who is not treated gradually wastes away and ends up as another sad statistic.

In her address during last Wednesday’s commemoration, Lesotho Correctional Service (LCS) Commissioner, ‘Matefo Makhalemele, revealed that 714 inmates and 107 members of staff and their families had been screened that week for TB.

“Of the 821 people screened, 74 were suspected to have TB and more tests are being run. I think we are doing relatively well as an institution given these figures,” she said.

Ms Makhalemele, however, conceded “74 is still a huge number given the capacity of this place and the fact that this disease multiplies faster where there are many people congested in one place”.

According to Ms Makhalemele, LCS was working on boosting its health department to ensure the disease is controlled. New inmates are screened for TB on arrival to minimise chances of infection, she added.

“However, we have one nurse per correctional institute throughout the country and this poses a challenge for us given the number of people these facilities are serving,” she said.

“We have a limited budget for our health department but I must stress that we have a good working relationship with the Ministry of Health who always come to our rescue every time we ask for a doctor.”

Ms Makhalemele thanked cabinet for the decision to build new houses at Maseru Central Correctional Institution, adding this would “make a huge difference to the lives of these inmates and people around them especially in terms of disease control”.

In her speech, WHO Representative to Lesotho, Dr Cornelia Atsyo, praised the country for commemorating World TB Day with special emphasis on the lives of prisoners.

“Allow me to commend the Ministry of Health for focusing on prisoners, among other groups, during their pre-TB World Day campaigns. Prisoners are one of the vulnerable groups that are usually forgotten in many countries,” Dr Atsyo said.

“TB continues to be a public health concern. There is an estimated nine-million new TB cases worldwide every year despite the huge investment in health services in countries including Lesotho. Out of these, three million are still to be diagnosed and treated, or have been diagnosed but not yet registered by the national TB control programmes.”

Africa, she said, had the highest TB and HIV co-infection rates in the world and that MDR continued to pose a serious challenge due to the prohibitive costs of treatment and lack of laboratory capacity to detect the disease.

“Although it is evident that the previously increasing trend of TB cases had been halted and the region is observing a declining trend, it is important to reach, treat and cure all patients, especially the vulnerable people. These include children, women, people living with HIV, diabetics, refugees, miners, ex-miners, prisoners and drug users whose access to basic healthcare services may be limited,” Dr Atsyo said.

“A proportionate number of prisoners come from socio-economic disadvantage population where the burden of disease may be already high and access to medical care limited,” she further stated.

She said prisons remain more vulnerable and the level of TB infections had been found to be 100 times higher than those of the civilian population. She said that cases of TB in prisons may account for up to 25 percent of Lesotho’s burden of the disease.

She urged government and various stakeholders to unite in order to eradicate TB.

Health Minister Dr ‘Molotsi Monyamane also attended last week’s commemoration and assured inmates that government would not neglect them in the fight against TB.

“When I look at you, I see my siblings, neighbours and community members and you are not forgotten. You are still very much part of us and being in this correctional institution does not take away the fact that you are part of us,” Dr Monyamane said.

“The ministry will continue to ensure medical personnel visit you because being taken into public healthcare facilities embarrasses you.”

Dr Monyamane also urged the inmates to educate each other about the dangers of TB.

“Please continue to educate each other and your visitors about the dangers of TB. It is not a good thing that Lesotho is the highest in the world with new TB infections. It is also unfortunate that in Lesotho, HIV and TB are now partners,” Dr Monyamane said.

“During last year’s TB screening campaigns, over 1200 persons tested positive and these were mainly repeat-offenders or MDR.”

The minister said people living with HIV do not cough like other TB patients, making it difficult to detect the deadly disease at an early stage.

‘Quality education is our core mandate’