41 families win back their land 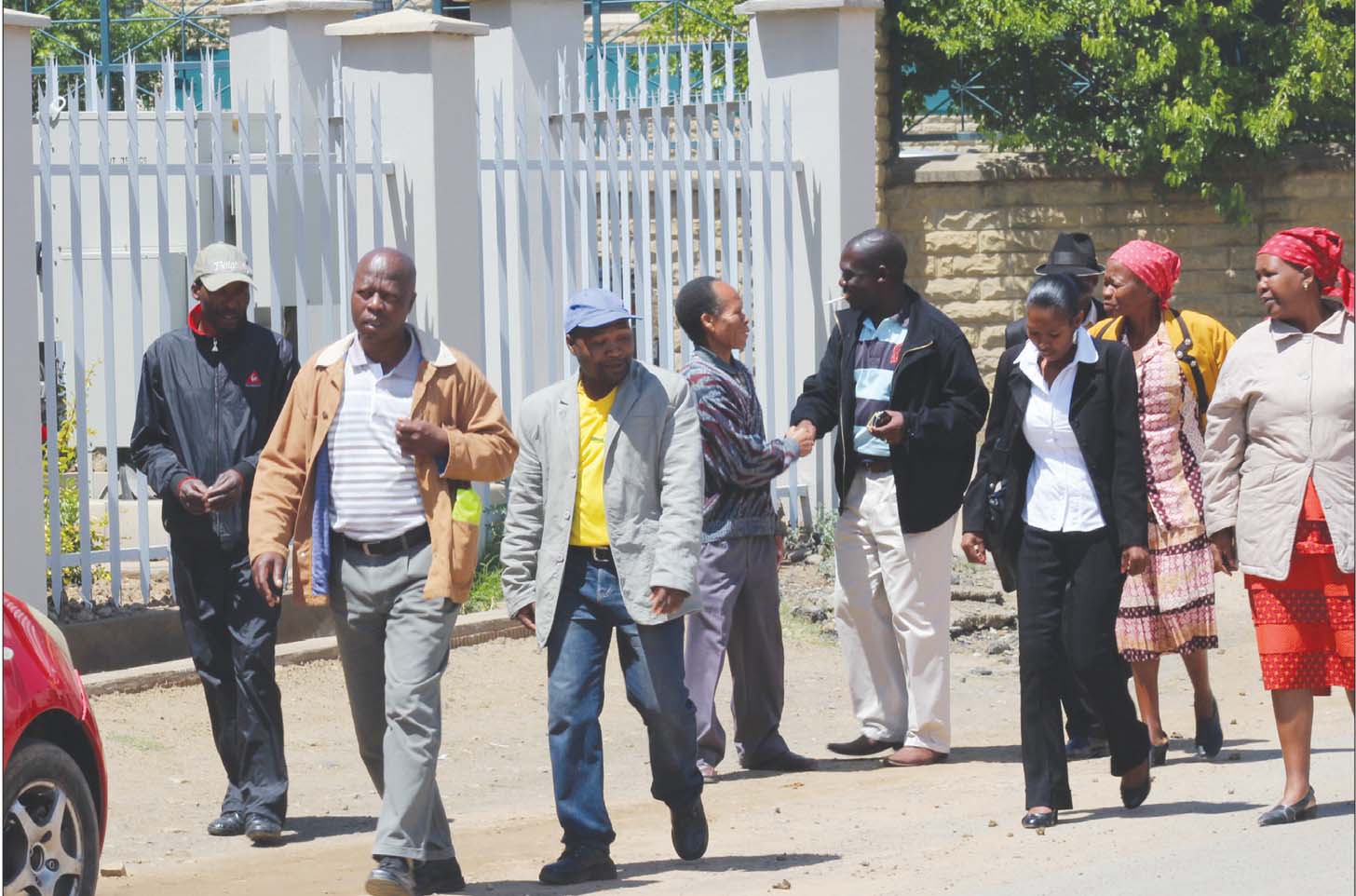 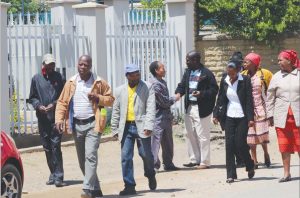 MASERU — Forty-one families whose fields were taken by government 30 years ago will get their land back or be compensated, the High Court has ruled.

The families lost their land in 1983 after the government of the day set their arable plots aside to be used as “feedlots to support the new abattoir”.

The military government of the day used soldiers to take away land near the national abattoir in Khubetsoana on the fringes of Maseru.

The High Court noted that nothing had been done either to plough, to cultivate or grow any animal feed of any kind whatsoever on this land.

“Absolutely nothing has been done either to plough, to cultivate or to grow animal feed of any kind whatsoever on this prime land,” Justice Semapo Peete said in his judgment in the High Court yesterday.

“All arable lands that were taken by the then government of Lesotho pursuant to Legal Notice No. 88 of 1983 be restored to their respective former owners, i.e. the present plaintiffs failing which each of the plaintiffs should be compensated appropriately,” Justice Peete ordered.

The families were also awarded costs.

Justice Peete said it was unacceptable that valuable land had been neglected, abandoned and left fallow for close to 30 years.

As the court delivered its judgment about 30 people who had been waiting for the case filled the gallery to hear it.

The court said taking away rights without compensation was wrong.

“There is a strong presumption in law against taking away rights without compensation”, Justice Peete said.

The families who include the then Chieftainess ‘Mahlathe Majara of Khubetsoana filed a joint summons in the High Court on October 23, 2001.

They filed for an order declaring that the purported taking away of the arable lands belonging to them is unlawful and null and void and of no force and effect.

They asked the court to direct the government of Lesotho to return the land in question or alternatively compensate them.

According to the judgment, when the fields were taken the families were neither given a fair hearing nor any hearing at all, let alone were they compensated.

As a result, they suffered loss of their interests in the land.

The minister of the interior at the time, quoted the Legal Notice N0. 88 of 1983 declared the land set aside in of powers conferred by section 14 of the Land Act 1979 for public purposes.

Justice Peete observed that all the land within the country has since time immemorial been owned by the Basotho.

“Land provides the Basotho people with places to live on and to eke out a living mostly subsistent,” he said

According to the judge, no Mosotho can be arbitrarily deprived of land which he or she holds and if there be any deprivation such deprivation should be done in accordance with the provisions of law.

Justice Peete blamed successive governments for failing to do anything about the matter over a period of 30 years.

The court also pointed that it is clear that although the minister of the interior exercised his ministerial power delegated under section 14 of the Land Act 1979 to declare certain plots of land for selected development, it was incumbent upon the successive governments of Lesotho to bring that noble purpose to a reality.

“They failed to do so over a period spanning thirty years,” Judge Peete said.

After the judgment Chief of Khubetsona Hlathe Majara, 50, who was surrounded by some the plaintiffs, expressed satisfaction that justice had finally been served.

He added that poor people were usually not compensated when their land is taken.

He said in areas like LeCorp where housing for lower income groups were built, no compensation was offered.

Another resident whose family field was taken ‘Matumelo Shale said they were satisfied although at the time their parents found it hard to make ends meet and pay for their school fees because they were not compensated for their lands.

The deprivation took place during the BNP government.

Advocate Mosito appeared for the families while Advocate Mats’osa was for the defendant, who in this case was the Attorney General.