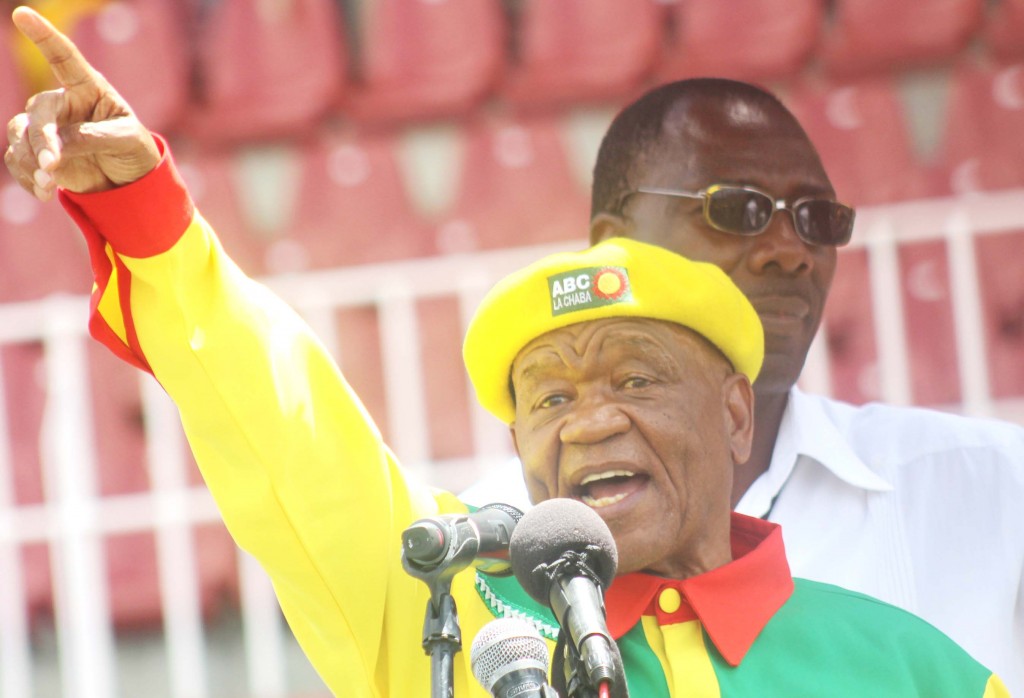 ALL Basotho Convention (ABC) leader Thomas Thabane has rubbished rumours that he is on the verge of forming a new party because he is not happy with the outcome of the party’s recent elective conference which ushered in several new faces into the national executive committee (NEC) including Professor Nqosa Mahao.

However, Prof Mahao and the rest of the winners will have to wait longer to know when, if at all, they will be allowed to take up their places in the party’s NEC.

This is due to the High Court application that has been lodged by Trade and Industry minister Habofanoe Lehana (also the legislator for the Khafung constituency), Mining minister Keketso Sello (Hlotse constituency) and Mohapi Mohapinyane (Rothe constituency).

The trio want the court to nullify the election results and order fresh polls on the grounds that there were serious irregularities which affected the credibility of the polls.

As the trio filed their court application on Monday, Dr Thabane also penned a letter to party members aimed at dispelling rumours that he planned to walk out of the ABC with fellow party stalwarts who were disgruntled with the outcome of the 1-2 February ABC polls.

The rumours have been fuelled in part by Dr Thabane’s own comments during the run-up to the polls where he publicly attacked Prof Mahao and called him a “useless rag” which should never be allowed to succeed him at the helm of the ABC.

Dr Thabane subsequently apologised for his remarks but the tension within the party did not subside as it only took an 11th hour Court of Appeal verdict to overturn the outgoing ABC’s NEC’s disqualification of Prof Mahao and allow him to contest the polls.

Prof Mahao, a relative newcomer to the party, had been disqualified on the grounds that he had not “served at the party’s branch and constituency levels for at least 24 and 36 months” respectively as required by the ABC constitution.

The ABC’s Koro-Koro Constituency Committee which nominated Prof Mahao, however challenged the ABC’s decision in the High Court and lost the case on 13 January 2019.

The Koro-Koro committee subsequently appealed to the Court of Appeal and won their appeal on 1 February- the very day that the ABC’s elective conference got underway.

The ongoing chaos including the court petition challenging the results as well as the party’s failure to reconvene a conference to hand over the reins to the new NEC have also fuelled speculation that Prof Mahao’s victory is too much for some of the party’s old guard to stomach.

Last week, Dr Thabane told the Lesotho Times that as far as he was concerned, the polls went on smoothly and reflected the will of the majority of the ABC members. He said it was only a matter of time before the incoming NEC took over the reins as the party was working on the issue.

And on Monday, Dr Thabane wrote to reassure party members that there was no looming split due to the divisive 1-2 February ABC polls.

“There are allegations doing rounds that there will be the formation of a new political party,” Dr Thabane wrote.

“As the leader of the ABC, I wish to seize this opportunity and assure all ABC members that those are blue lies peddled by those that want to confuse the nation and the ABC members. I appeal to those peddling these allegations to immediately stop.

“It is my special appeal that we, ABC members, should exercise tolerance with one another, work together and seek to unify the party at all times.”

Dr Thabane further said the party would reconvene its conference as soon as the processes that include the court challenge of the election results have been finalised.

The Lesotho Times has established that prior to his Monday letter, Dr Thabane convened a crisis meeting in his Abia constituency on Saturday to dispel allegations that he was on the verge of forming a new party in protest of the polls outcome.

The ABC’s Abia Constituency chairperson, Potlako Thabane, this week confirmed that Dr Thabane held an emergency meeting and rubbished rumours that he planned to form a new party. Mr Thabane said Dr Thabane also reassured the constituency that he remained firmly in charge of the ABC and had no plans to form a breakaway party.

“He (Dr Thabane) is a member of the (Abia) constituency committee and he requested us to call for the meeting because he wanted to explain some issues to his constituency.

“The meeting was initially planned for 23 February but we had to bring it forward because we felt that there were issues he (Dr Thabane) needed to address before things got out of hand,” Mr Thabane said.

Mr Thabane refused to give details of the issues discussed in the closed meeting. He however, confirmed that Dr Thabane rubbished the allegations that a new party was on the cards.

“Yes he (Dr Thabane) rubbished the allegations. That was one of the major issues that he discussed with us. He said there were rumours that he is considering forming another party and he rubbished the rumours.

“He said there was nothing like that; he remained the leader of the ABC, he represents his constituency in parliament and nothing has changed because he has not even finished his mandate. He is not going anywhere. He is not forming a new party.

“The other issues that were discussed were the outcome of the elective conference and what could happen in the coming days,” Mr Thabane said without elaborating.

ABC must deal decisively with its challenges: Analysts