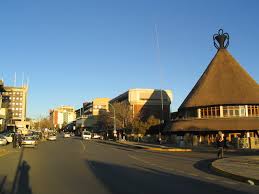 SCRUTATOR thinks the list of traffic offences needs a makeover or an addendum.

Whether you are walking or driving along Kinsgway, either way, you won’t miss the irritating honking of hooters by 4+1 drivers.
In many other countries blowing the car hooter is NOT only an offence when the lives of pedestrians or other road users are in danger.
In Maseru, the hooter is used in much the same way touts outside retail shops in downtown Maseru use hailers to draw prospective customers’ attention.
Recently, Maseru City Council (MCC) announced they will ban the use of hailers at the doors of these retailers under a wider crackdown on noise pollution.
The merits or demerits of the case for or against touting in front of shops or music being played for the same cause are a matter to be discussed on another day.
What stands out, to Scrutator, is: Why MCC has to fish for troublemakers in shops and shopping malls when the clear culprits do it every minute and every hour along the main Kingsway, daily.
Maybe our local authority has gotten so used to 4+1 hooters the noise now sounds normal.

Like all sons and daughters of the soil, Ausi Scrutator welcomed the rains with open arms.
Who wouldn’t? Even birds of the air are clearly relieved.
But it seems people welcome the rainy season for different reasons.
Scrutator’s mechanic homeboy whose garage is somewhere in Stationeng, I won’t mention the name or exact location, gleefully welcomed the rains.
He said, point blank, he likes the rains because he makes more money panel beating cars during this time of year than fixing any mechanical problems.

The mechanic friend said he has been waiting for the rains so his revenue can improve. The guy has a “trailer” of children in and out of wedlock, all of whom will not only be looking forward to Christmas presents from Dad but, more urgently soon after the festive season, also school fees.

The guy bluntly says, the rate at which cars have been bought over the past 12 months leaves him in no doubt that he will meet the extravagant expenditure set by his troop of offspring and harem of concubines.
He insists he is not being mean or unfeeling but that given some drivers hardly went to any driving school, coupled with the exponential growth of driver population in Maseru, he should be smiling all the way to the shopping malls, come shopping season.
My home boy is just plain forthright.

His relationship with 4+1 drivers is a love-hate relationship. For that reason he won’t like it if Scrutator keeps attacking them, his perennial cash cow.
He says while he dislikes the way 4+1 drivers conduct themselves on the road, he likes the way they do business with panel beaters like him.

Some have become such regular clients of his that he has allowed them to open accounts to be served on credit.
If by some stroke of ill-luck the 4+1 drivers hammer anyone’s car, my home boy agreed to fix as many cars as they bash, on credit.

Like him or dislike him, my homeboy has an inborn entrepreneurial spirit. He not only sees opportunities and grabs them, but he can make opportunities where the rest of us see none.
Right next to his garage is a mobile kitchen, which he half-owns as well. As the cars are being fixed, his garage clients can appease their hunger, in most cases, on credit for tried and trusted customers.

Forget the monthly cycle of debt and borrowing, borrowing and debt, for my homeboy the sun always shines one him. Either way money always winds up in his coffers.
They say one man’s (or is it woman’s misery?) is another’s gain.
Such is the give and take cycle of life.

Let me spare 4+1 drivers, they have become the butt of everyone who wants to attack road users.
Ordinary car owners are no less liable.
My homeboy also boasts several clients among uninsured motorists. He says whether it rains this season or not, every Monday after the month-end weekend is another payday for him. Come rain or high water, the first Monday following month-end weekend always ends with his till full.
Some people drive their cars as if they are not theirs.

In the end the casualties are not just the bumpers, windscreens or tail lights, but the not-so-deep pockets of these debt-ridden revellers who take to pay weekend as if government announced the latest salary was the last because the world is ending on Monday before another pay day.

These careless drivers take to the bottle as if somebody hinted the brewery is serving its last stocks till further notice.
The invariable end is dented or disfigured vehicles and expensive bumpers.

Someone should ask all drivers in Maseru to go for fresh driving tests. It does not matter they took their drivers’ licences in RSA in the 1940s, the style of driving around town is infectious, so infectious the malady does not spare other road users.
The pandemic is only getting worse; people simply want the fastest and easiest way out of traffic jams.
Sometimes it simply means locking all traffic at a junction to a standstill, with all the culprits stubbornly refusing to budge.
Worse still they will all pretend that they are all busy on the phone or they simply look the other way, until a lone mature-minded driver relents and gives way for traffic to start the normal flow again.

In some cases the rage manifests itself in an impatient driver clocking a top speed of 100km per hour in the opposite lane meant for oncoming traffic.
For this and other reasons, my mechanic friend from Qacha says, he will continue to make money and grow his large family until drivers stop being selfish on the roads.

Scrutator almost forgot to give kudos to South Africa’s Jacob Zuma for the cousin of all his blunders after the Guptagate scandal.
Msholozi was at it again on Monday fanning generational stereotypes about the superiority of South Africa and South Africans to other Africans on the rest of the continent.
Zuma made the terrible gaffe on Monday at the Gauteng Manifesto Forum at the University of the Witwatersrand in Johannesburg on e-tolls, among other matters.
“We can’t think like Africans, in Africa, generally — We are in Johannesburg, this is Johannesburg. It’s not some national road in Malawi,” Zuma said.

Scrutator doesn’t normally feel sorry for spin doctors; those evil geniuses who have mastered the art of calling spade a spoon with a straight face.
This time around, Scrutator felt genuinely sorry for Mac Maharaj, Zuma’s old hatchet man.
This must be one of the most unpleasant assignments that he has had to undergo in his pathetic career of whitewashing Zuma’s mess. The embarrassed Mac must be regretting having to clean up for his ever-blundering boss.
“I have received numerous calls from Malawians being angry and after long discussions, they come around and say, yes, let’s not make a mountain of a molehill,” Maharaj blurted yesterday.
Scrutator can’t think of any Malawian or African who could reduce this mountain of a boob to a “molehill”.
“Let me apologise for that and withdraw it,” poor Mac finally said, coming to terms with the practical impossibility of calling darkness, “light”.
“Our records are clear in that we are the champions of trying to get Africa to see itself as one and enter the global stage on a basis of equality with the rest of the players of the world economy,” said Maharaj.
No Mac, your leader’s words speak louder than your foreign policy posturing.
It’s South Africa on one hand, and the rest of Africa.

To the mind of most people in Mzansi, as their leader unwittingly let out, it is “them” — the rest of Africans, and “us” — South Africans.

When apartheid was at its peak, the ever-humble and accommodating Basotho sheltered South Africans, at great cost to themselves as lives were lost to keep these “brothers and sisters”.
Zambia, Botswana, Malawi and most of the rest of Sadc member states suffered to bring South Africa to the civilised world of democracy.
Little wonder some South African artistes can coyly say on television, “I have never been to Africa before. I might be going to Zimbabwe, Malawi or Kenya soon.”
With Zuma suffering from such foot-in-mouth, is it any wonder xenophobia stubbornly continues to be the trademark of being South African?
They all take after their President; arrogant and so full of themselves.
Let me stop before I puke!
Ache!

Ibrahim Index: A time for Afro-realism

Battle for the control of ABC women’s league 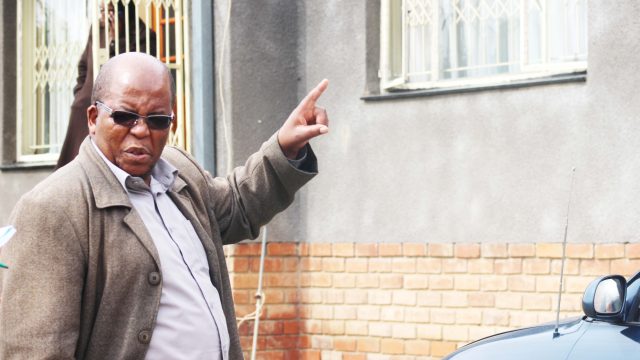 NMDS must find reasons why former students are defaulting