THE Police Complaints Authority (PCA) is an independent body that considers complaints against Lesotho Mounted Police Service (LMPS) officers and oversees their conduct.

However, the PCA has been criticised by many for being a toothless bulldog that has let infractions by some members of the LMPS slide.

In this wide-ranging interview, PCA Chairperson Mahlape Morai explains to Lesotho Times (LT) reporter Pascalinah Kabi about the role and importance of the PCA in Lesotho’s democracy.

LT: How did the PCA come about?

LT: What is the mandate of the PCA?

We don’t investigate cases of murder, sexual offences, assault, torture or violation of human rights. That is the role of the LMPS.

Our primary role is to assess the conduct of members of the LMPS in executing their duties.

LT: What is your relationship with the LMPS? Are you autonomous and can people trust you to independently investigate police officers?

Morai: We are very much related to the police, because all of us – LMPS, PCA, Police Directorate and Police Inspectorate – in the Ministry of Police and Public Safety answer to the same minister (Monyane Moleleki) and were established under the Police Service Act.

I don’t know how your readers may receive this, but I can only tell you what the law expects us to do. The Police Service Act mandates us to carry out investigations only where there are referrals.

A referral is an authority that gives PCA powers to investigate. A referral is only made by the Commissioner of Police and Minister of Police and Public Safety. I don’t know if we can be regarded as autonomous, but perhaps it can be argued that we shouldn’t get referrals from the Commissioner of Police for us to be autonomous. Members of the public complain about that issue. But despite those complaints, we still receive reports.

We encourage members of the public to come to our offices and report their complaints. We take and record a statement from a complainant and submit it to the responsible minister for a referral to start investigations. This is done with the understanding that it may be difficult for ordinary people to approach the Commissioner of Police or the minister to report their complaints. So we meet them half-way by submitting the statements and asking for the minister’s referral.

For instance, last week we had a case of a man allegedly shot by the police. We immediately took his statement and asked the minister for a referral to investigate the matter.

Some people know the law mandates the minister to make referrals for the PCA to investigate police officers. So, they just report their case to the minister, who, in turn, gives us a referral.

LT: Does the law give you recourse in the event a referral does not materialise?

Morai: Unfortunately for now, our bite starts at the referral stage. However, I must state that I engage the minister on every single case on a regular basis. I explain every single detail of a case in asking for his referral.

LT: What are some of the aspects in which you are allowed to investigate police conduct?

Morai: Allow me to respond to this question with an example. Immediately after a complainant has reported a case to the police, I expect police officers to fully investigate the matter before they can arrest a suspect.

A woman came to report that her son was arrested by the police without any investigations being undertaken. That is unacceptable. A suspect should only be arrested due to the outcome of investigations.

Another example of poor conduct is when a person makes a complaint, but nobody lifts a finger to deal with the case. There would also be no explanation why such a case has not been dealt with. In such a case, a complainant can come to the PCA offices to report the matter and we would ask the minister for a referral to investigate.

Yet another example is when the police arrest a suspect and keep them in custody for more than 48 hours. That would be a result of poor investigation on the part of the police, and worth complaining about.

We also investigate cases where a suspect dies in custody to assess whether the police followed their own investigative guidelines. They know the investigation process more than us because they are investigators in their own right.

LT: After completing your investigations, what processes do you follow to ensure police officers found to have broken the law are prosecuted?

Morai: Our cases are not prosecuted. The law clearly stipulates that we make recommendations soon after completing our investigations. Our recommendations are handed over to the Minister of Police and Public Safety in the form of a report. The minister will, in turn, make a directive to the Commissioner of Police to effect those recommendations.

Our work is to investigate, make recommendations and end there.

LT: Are there any legal routes the PCA can take to ensure its recommendations are implemented in a situation where the responsible minister does not agree?

However, we must understand that recommendations are just that. We are not forcing him to implement the punishments recommended in investigated cases. Basically, punishments recommended are in the form of disciplinary measures, demotion, a hearing, written or verbal warning, severe reprimand, surcharge, demotion and dismissal depending on a particular case.

LT: Where is the money deducted from a police officer’s salary taken to in the case of a surcharge directive?

Morai: You will remember that when a person has incurred medical costs due to police ill-treatment, the victim will be paid through a civil claim purse. However, I don’t know where exactly the money is taken to, but I know the ministry has a civil claim annual budget.

LT: How many referrals do you get per annum?

In our campaigns, we sensitise the police themselves, telling them we are the eyes of the minister to ensure they are professional in their conduct.

We also make the police aware they shouldn’t do as they please, because they have to be accountable to the people. Their line of work is vast, and we investigate if they conducted themselves professionally and followed all procedures.

LT: What is the PCA’s role in ensuring members of the LMPS don’t violate human rights in their line of duty?

Morai: We don’t discriminate cases. If a person feels aggrieved that members of the LMPS were not “A police, helper and friend” as the motto states, and were not accountable, we immediately investigate if there is a referral.

If there is no referral, we can only advise a complainant to come to our offices so we take a statement and ask the minister for a referral.

LT: In a scale of 1-10, how would you rate your effectiveness?

Morai: I can confidently say we are doing what the law says we must do because we hold public gatherings, participate in radio programmes and investigate cases where there are referrals.

However, the law has tied our hands so tight we are not free to carry-out investigations even when there is an urgent need. A classic example is a case in Pitseng, Leribe which happened last week whereby the police allegedly arrested and killed a civilian. We were unable to do anything at the moment as the law restricts us.

There is also a Vuka Mosotho, Leribe case where people fled their homes and slept in the mountains because of a police operation.

In my view, the operation was not done well because the police officers forcefully entered every single household beating parents and children even though they were not looking for any particular person.

Under normal circumstances, during an operation like that, the police should approach the village chief and give them a list of wanted people and the reasons thereof. The chief then helps the police locate the wanted people for questioning or arrest. However, beating and intimidating people is bad conduct.

In that particular case, we took a stand as the PCA. We went to Vuka Mosotho to hold an awareness campaign and took residents’ statements. The residents brought booklets from their clinic stating they were indeed assaulted. I remember one man whose jaw was shattered.

We then sought the responsible minister’s referral, but we didn’t get it immediately.

If you look at our counterparts in countries like Zambia and South Africa, they are well ahead of us. For instance, our counterparts in Zambia started off like us needing a referral by the responsible minister. However, they recently informed me they are now independent; that means they don’t have to wait for cases to be referred to investigate.

South Africa became independent much later than us, yet Lesotho’s PCA is way behind theirs. They have their own investigators, magistrates, police officers and even have powers to arrest police officers.

As much as we try to take complainants’ statements, we don’t get to know about all the cases unless they are referred.

LT: What should the public do in ensuring your office reaches the levels of the Zambian and South Africans police complaints authorities?

Morai: We run awareness campaigns to tell people about their rights and our work as PCA. We also take their own opinions about the challenges facing this office.

This office can actually play a huge role in protecting human rights if the legal framework is addressed. 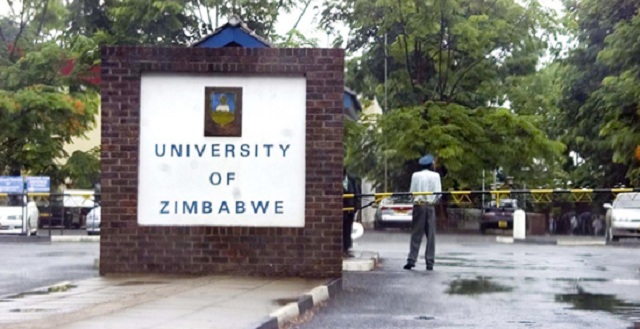 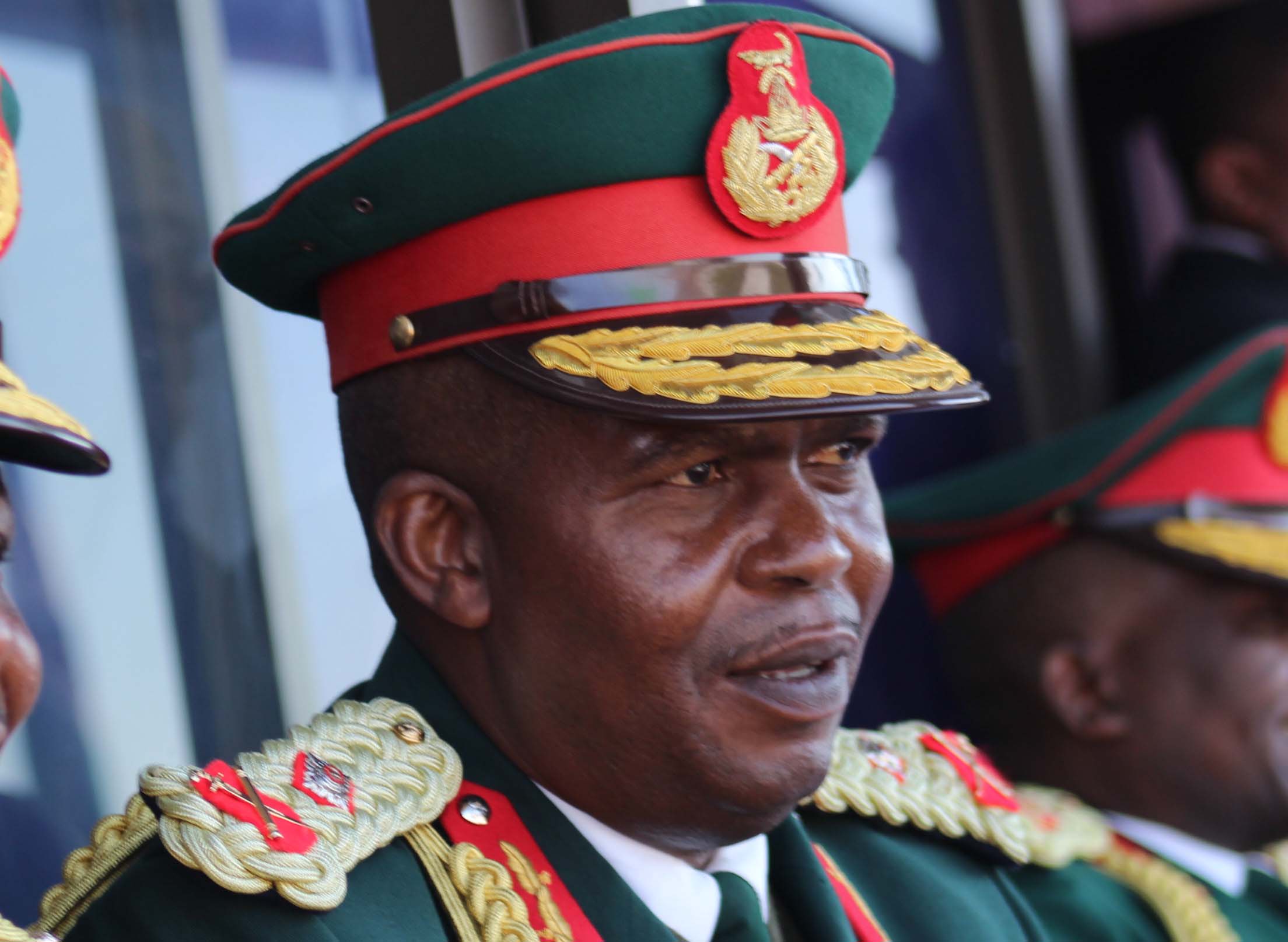