MASERU — The government of Lesotho advanced a M15 million loan to a local contractor who had failed to complete the construction of a section of the Likalaneng to Thaba-Tseka Road, an investigation by the Lesotho Times has revealed.

The contractor, Nthane Brothers Civils, a construction company owned by the Nthane Brothers who are well-known for winning government tenders, was one of the two companies that won the tender to construct the 85km road from Likalaneng to Thaba-Tseka.

The other company was Rumdel Construction which has also won numerous government tenders over the years.

Rumdel won the Lot 1 of the tender which involved the construction of a 31km stretch from Likalaneng to Cheche’s Pass.

That section was funded by the government and a loan from the African Development Bank (ADB).

The Nthane Brothers got Lot 2 and 3.

Lot 2, which was for the 27km stretch from Cheche’s Pass to Matsooana, was financed by the government of Lesotho and a generous loan from the Kuwait Fund for Arab Economic Development.

Lot 3, which was for the stretch from Matsooana to Thaba-Tseka town, was funded by the government and a loan from the Arab Bank for Economic Development in Africa (BADEA). Like Lot 2 this section was also 27km long

Rumdel completed its work and was fully paid but the Nthane Brothers only managed to complete Lot 3.

The stretch from Cheche’s Pass to Matsooana (Lot 2) ran into serious problems that have spewed what might turn out to be a colossal scandal.

So serious are the problems that the construction of the road which began in January 2009 and was supposed to be completed in June 2010 is now 12 months behind schedule.

A special investigation by the Lesotho Times has now revealed that although the Nthane Brothers billed M167 million to construct that road and were periodically paid, they still required the government to loan them M15 million after alleging that they had run into serious financial problems.

Yet even after receiving that M15 million the road still remains unfinished.

But it is the curious circumstances under which the loan was advanced that has raised eyebrows and is likely to embarrass the government of Lesotho.

This paper can reveal that the loan was given after the Nthane Brothers approached the cabinet.

What is strange is how the Nthane Brothers could have claimed that they had cashflow problems when they had been awarded the tender on condition that they had a bank guarantee for bridging finance.

Every time a constructor submits a tender for a government job they must provide letters from their bankers indicating that they have money in their accounts and the bank is prepared to offer financial backing during the course of the project.

It is therefore not clear how the cabinet could have given that loan if the Nthane Brothers had that bank guarantee. The government cannot finance a contractor to do state-funded jobs.

It is the same as a construction company borrowing from the owner of the building it has been hired to construct so they can complete the construction.

The other problem is that over the years there have been many construction companies that have faced serious financial problems while doing government jobs but have never been bailed out by the state.

Investigations have revealed that problems started late last year when a resident engineer who was supervising Nthane Brothers’ work raised concerns about the quality of the work on the road.

The resident engineer was Steven Hunt, a British national who works for an engineering consultancy company called WSP International.

WSP International, which has offices around the world, had been hired to do tender evaluations, supervise the construction and maintain quality on the project.

After winning the tender WSP opened offices in Lesotho at Christie House in Maseru from which they also supervised the whole project, which was worth a whopping M482 million.

It was Hunt’s job to ensure that the Nthane Brothers did the job according to tender specifications.

Without Hunt’s signature of approval the Nthane Brothers could not be paid.

Sources however said it was during the course of enforcing the quality controls that Hunt found himself on collision course with the Nthane Brothers.

In order for a construction company to be paid it has to produce a certificate indicating the work it has done as well as the labour and the material costs.

In this case Nthane Brothers were supposed to produce a certificate every month before getting paid by the government.

Those certificates could only be considered by the government’s Road Department if they had been approved by Hunt.

Four sources that are close to the issue but spoke to this paper on condition of anonymity said the problems started when Hunt went on leave and left a local junior engineer at the WSP offices.

A few days before he left Hunt had just approved the payment of the Nthane Brothers’ certificate number eight.

That meant he was satisfied with the work that the company had done for that month.

The government paid M5 million for that work.

However, five days after that payment the Nthane Brothers produced certificate number nine  claiming M26 million for work they said they had done.

Apparently that certificate had been approved by the junior engineer.

Officials in the road department queried that certificate and flatly refused to pay.

What raised their suspicion was the sum of the claim and the amount of work the Nthane Brothers claimed to have completed in just a few days.

They phoned Hunt who told them not to approve that payment because he did not believe that the Nthane Brothers had done the work they claimed to have done.

That is when the Nthane Brothers took their case to the cabinet demanding that the M26 million be released.

At the same time they also pleaded poverty and the project came to a standstill.

In the meantime the road department stuck to its guns and refused to pay.

The cabinet then formed a subcommittee made up of Chakela as its chairman, Trade Minister Leketekete Ketso and Home Affairs assistant minister Lineo Molise-Mabusela.

Chakela told the Lesotho Times that the subcommittee was established specifically to deal with the Nthane Brothers’ claim and the roads department’s refusal to pay.

He said an independent regional expert was engaged to arbitrate in the issue.

Chakela said it was during this time that the Nthane Brothers claimed that they could not complete the project because they were experiencing serious cash flow problems.

At the same time the company could not be paid because there was a dispute over the M26 million.

Chakela refused to identify the dispute resolution expert but this paper has it on good authority that he is based in Swaziland and is likely to deliver his decision this week or next.

Chakela said despite the fact that the expert had not yet made findings on the issue the cabinet then gave the Nthane Brothers the M15 million loan.

He said the loan was released because the Kuwait Fund for Arab Economic Development was now threatening to cut future funding to Lesotho because of the delay.

“The Kuwait Fund was now angry that the project had been delayed and they were threatening to stop funding future projects in Lesotho.”

So a deal had to be done to save the project, Chakela added.

The agreement was that the government would give the Nthane Brothers the loan on condition that if they win the case they would pay it back immediately.

But if they lose the case they would pay it over years.

This deal is highly unusual because the government has never been in the business of bailing out troubled contractors or suppliers.

The normal procedure is that when a company has failed to complete its work it loses the tender.

Why the Nthane Brothers got such a special treatment is not clear and Chakela said he would not answer that question.

In real terms what is happening is that the Nthane Brothers are getting a cheap loan from the state so they can complete a project for which they will still be paid by the government.

It is also important to note that part of the money that the government would use to pay the Nthane Brothers was a loan from Kuwait Fund for Arab Economic Development which it will have to pay with interest over the next 26 years.

The only reason why the government got that loan was because it could not afford to fund the project on its own.

Yet, somehow, it still managed to get the M15 million loan to Nthane Brothers.

Chakela refused to say how that money is going to be accounted for in the government books.

When asked if he did not see anything wrong with that arrangement, Chakela said he was “not going to answer that question”.

Lebohang Phooko, the principal secretary in the Ministry of Public Works, refused to answer questions over the phone saying he was yet to consult on the issue.

He then requested written questions which the Lesotho Times submitted but remained unanswered until the time of going to press last night (11pm).

In refusing to answer questions over the phone Phooko had said he was not sure if it was proper for him to discuss the contractor’s issues in the media.

Efforts to get a comment from the Nthane Brothers were fruitless after company officials demanded that this paper write a formal letter requesting to meet the director, Tšeliso Nthane. 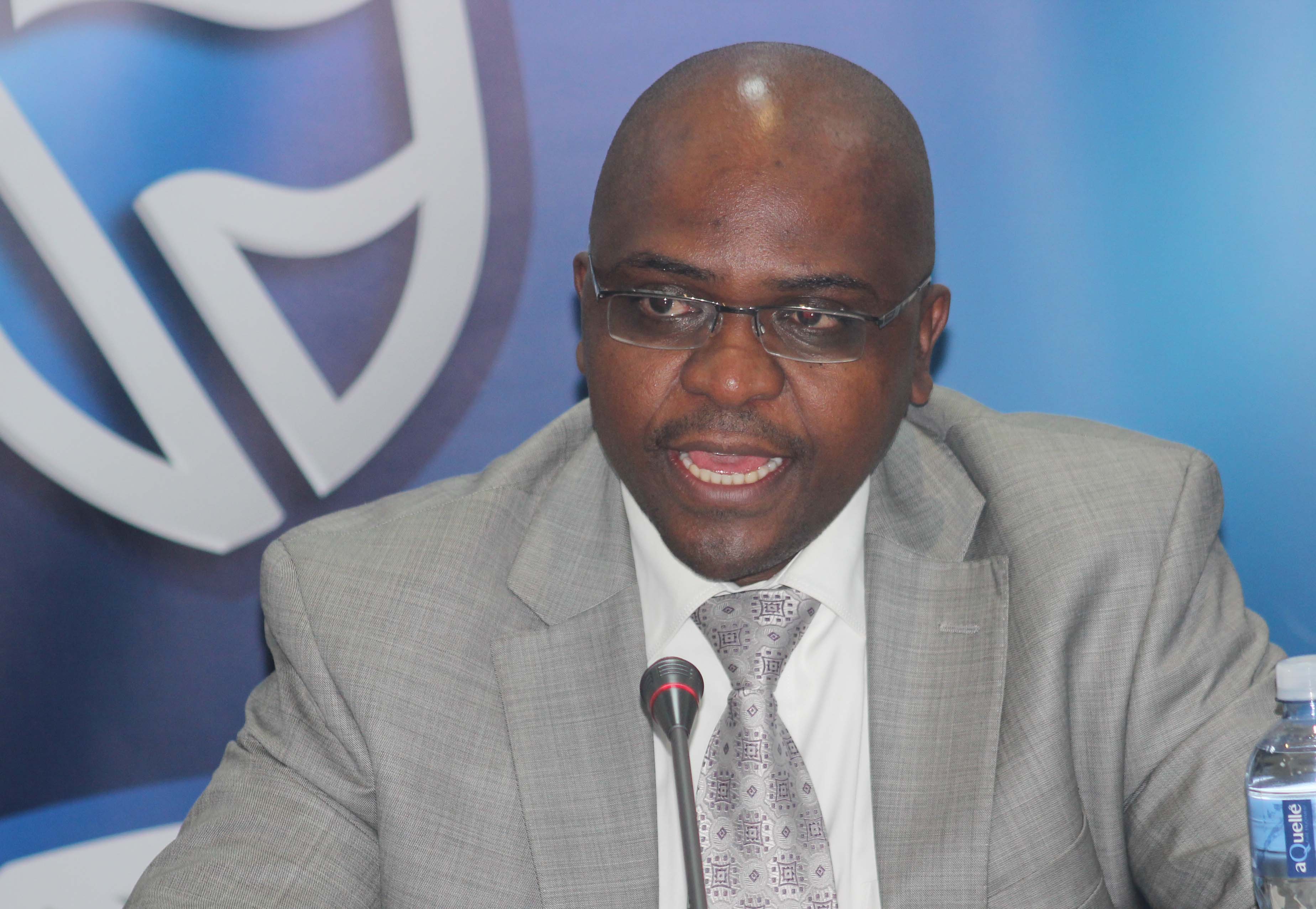