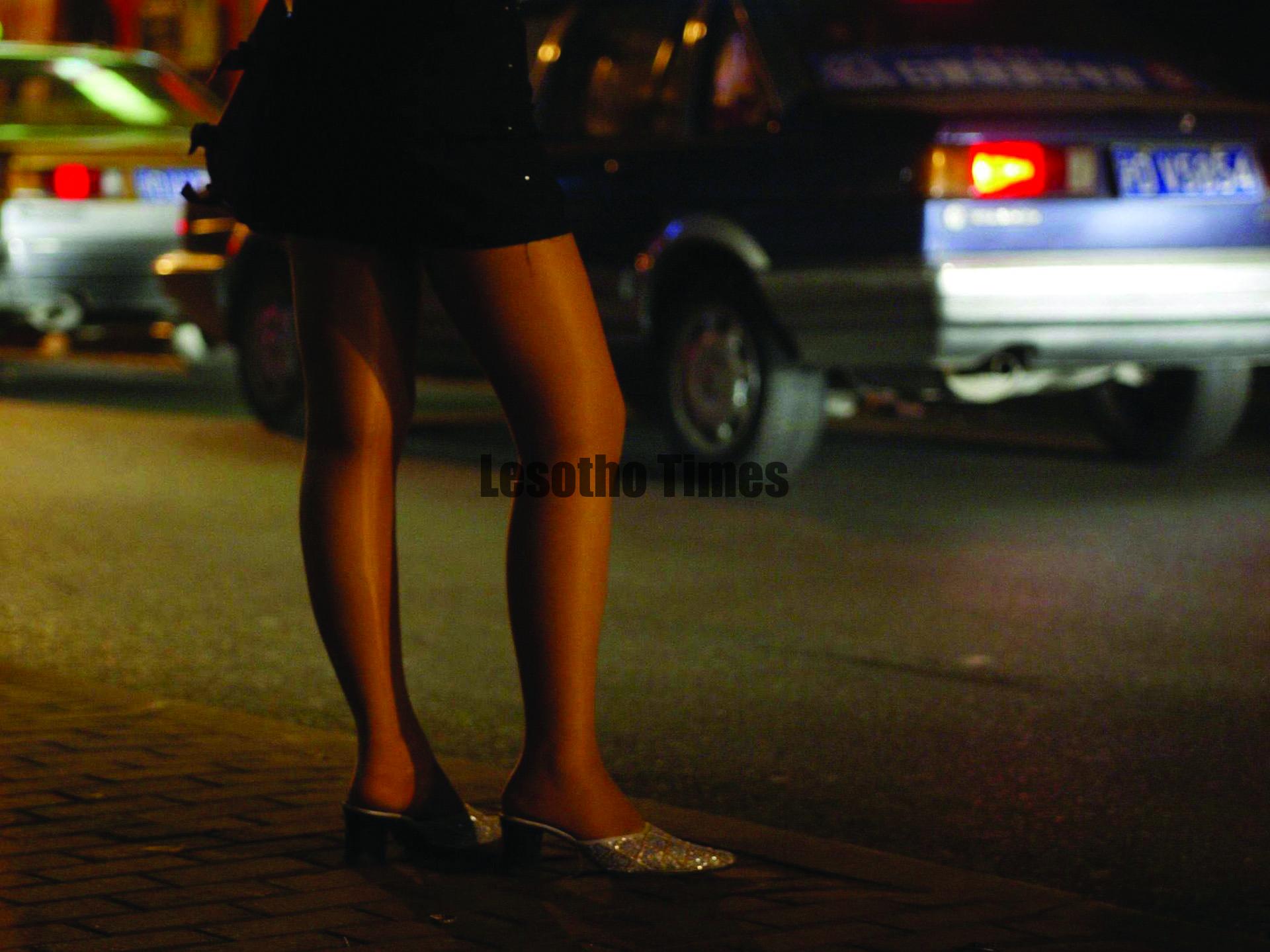 IT is one hell of a life in which only the fittest can survive.

Cat-and-mouse games with the police, muggings by the criminal element and beatings my sadistic clients are some of the hazards of their lives as they go about their trade.

Conventional society has no kind words for them and calls them all sorts of derisive names.

And those who sympathise with them sometimes have a tough time justifying their support for this sector of society whose trials and tribulations make their livelihood one of the toughest in the world.

Known in certain circles as women of the night or members of the world’s oldest profession, sex workers have, however, managed to survive the test of time and are increasingly coming out of the shadows to fight for their right to co-exist with the rest of society.

Now a common feature of the nightlife of the streets of Maseru Central Business District where they wait for clients who have kept their trade alive over the years, the sex workers say they are here to stay no-matter the challenges.

The Lesotho Times this week met some of the sex workers at the Lesotho Planned Parenthood Association (LPPA) offices where they receive healthcare and critical information essential for their wellbeing, through a project called PUSH. Funded by the American government, the programme also helps men having sex with other men, adolescents and men to access sexual and reproductive health services.

One of the sex workers, Itumeleng (40), said not only do they play cat-and-mouse with the police most nights and in many cases find themselves at the mercy of criminals posing as clients, this is also a job that has left many women infected with HIV. Lesotho is one of the countries hardest hit by the HIV/AIDS epidemic with 25 percent of the country’s two million population living with the HIV virus.

However, growing up, this was not a life Itumeleng planned to have. “I also wanted a decent career, a husband and children but sometimes, life can shove some hot chillies down your throat and desperate, you have to do all you can to survive the choking,” Itumeleg said.

At 6pm every cold night, she stands at her usual spot where she waits for clients with other women, some as young as 16 years of age. On a good night, she can make as much as M450, charging M45 a session.

“The painful truth is that this is just a job; I don’t enjoy sleeping with all these strangers,” she said.

Hers has been a long journey in a trade that started when she lost her job as a housemaid for a Maseru family 20 years ago. Some friends then advised her she could earn some good money as a sex worker, and desperate for money, Itumeleng took up their counsel.

After the first night, Itumeleng had earned more than what she was being paid the whole month as a domestic worker and she never looked back.

She even lost all her dreams of one day having her own family, feeling who would want to marry someone seen by society at large as the scum of the earth.

“It’s a painful way of living because years later, I realised I was HIV-positive and decided to insist on protected sex no-matter how much money I lost in the process,” she said.

She explained clients would pay up to M300 per session for unprotected sex.

“The clients who demand unsafe sex have their reasons, but I know these are just myths and it is important for all women doing similar work to insist on being safe because your health is also very important,” Itumeleng said.

According to Itumeleng, the sex trade has become very organised and is collaborating with some people who own shacks where they sell various wares such as clothing, fruits and vegetables during the day.

Itumemleg said it is in these shacks where they sometimes provide their services and then pay between M5-M10 to the owners of the facilities.

After so many years in the job, Itumemleng says she is tired and wants to call it a day and return to her village in Qacha’s Nek. Over the years, she has saved some money, which she would want to use to start a poultry business and crop production.

“I am not ashamed of the path I took to survive the harsh life I was unfortunate to have experienced. I don’t think society should judge us because this is all I could do after I failed to get the kind of support I needed at the time. I was young, alone and vulnerable, so I had no choice but to take this path,” Itumemleng said.

Successive governments, she added, had never regarded them as people who needed support to get out of the risky trade.

“The police are government and all they do is fight with us. The support we get from organisations such as the LPPA is not enough to take us off the streets. After they screen us for sexually transmitted diseases and give us treatment, we go back to our work and many of us continue to take risks because there is a missing link in the available interventions which come in small bits and pieces,” Itumeleng said.

She insisted many, if not all, sex workers would leave the streets should they receive trainings that could enable them to start some income-generating  projects.

Another sex worker, Matseliso (28), who is a mother of two, said she too was saving some money to resuscitate her beauty salon business which collapsed in 2015. Her husband died four years after they got married and she could not cope with the responsibility of looking after her two children after her business failed, driving her to sex work.

“I don’t want to live like this because it is risky. I have met some clients who have severely assaulted me and refused to pay me. A couple of times, I was taken to Automated Teller Machines (ATMs) where they later made up stories of cards being swallowed by the machine simply because they just didn’t want to pay me. That’s why I now insist on payment first before the service,” she said.

Matseliso also appealed to the government and other organisations to help them get off the streets.

“There are many disadvantages in what we do because we have some colleagues who were killed while at work. Society judges us and I am not proud of what I do because I have children who are staying with my parents. I do not want them to know that this is what I do for a living.”

“The project aims to educate the key population groups on the importance of practising safe sex and early treatment of infections. We work with peer-educators to influence the targeted groups to visit the LPPA facility for free services including testing for HIV and other sexually transmitted infections and treatment, cervical cancer screening and other reproductive health concerns,” Mr Ponya said.

Hlokomela Banana restores the dignity of the girl child