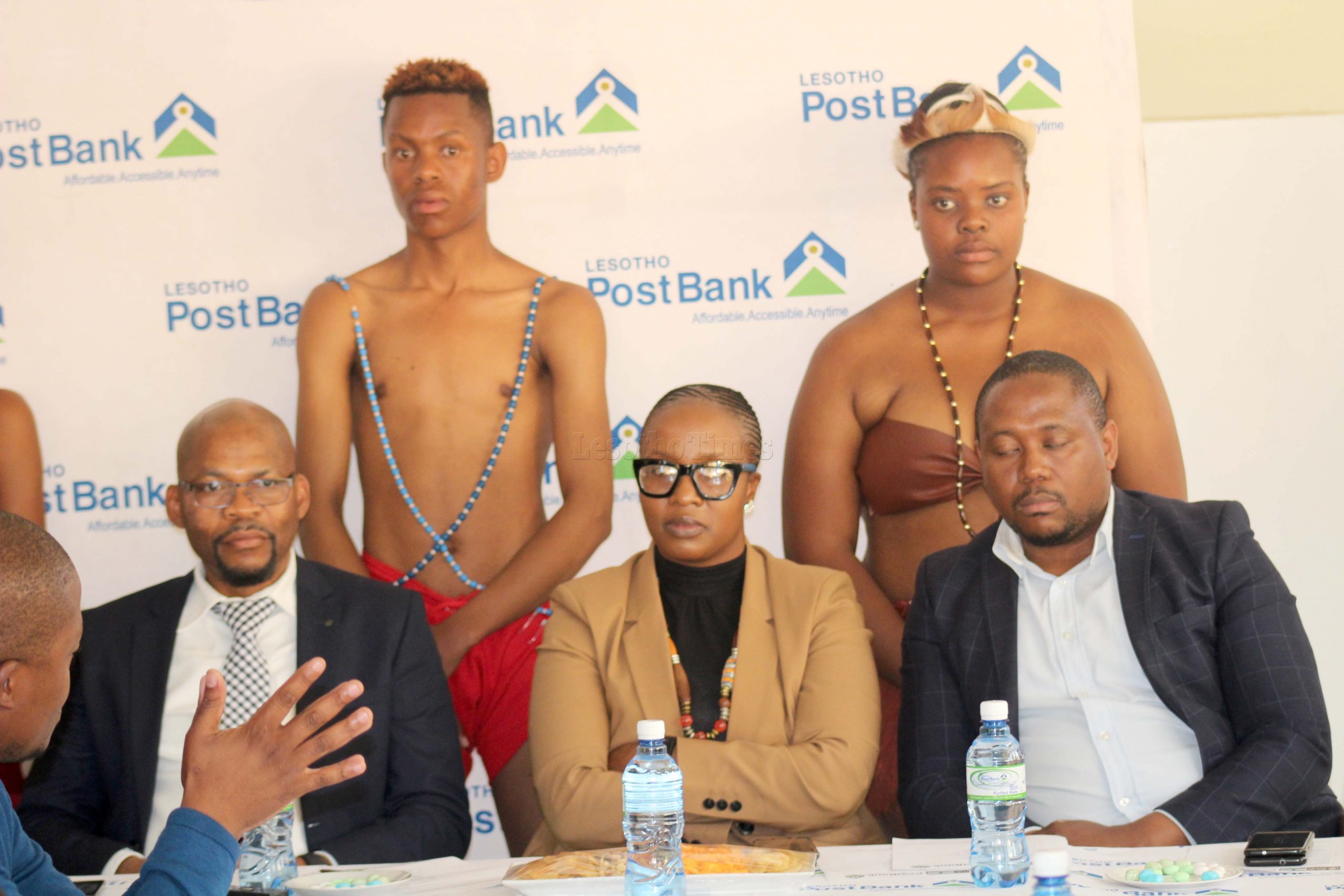 THE Basotho Cultural Festival (BACUFE) has received a shot in the arm from the Lesotho PostBank which this week donated M18 000 towards the costs of the event.

The event is in celebration of Basotho’s New Year which falls on 1 August. It is also meant to remind Basotho about their culture and history. Traditionally, Basotho start ploughing their fields on 1 August annually and the day marks the beginning of their New Year.

PostBank managing director Molefi Leqhaoe said they were happy to partner with the festival. He said as an entity that is wholly owned by the government, they were pleased to join Basotho in the celebration of their New Year.

“We are happy to take part in the auspicious event which celebrates us as Basotho, this is the reason for which we never hesitated when we were approached by BACUFE,” Leqhaoe said.

He said when the organisers of the event approached them, they were already exploring various ideas over what they could do in line with the New Year.

The bank will also dispatch a team to teach Basotho about the advantages of banking with PostBank, Mr Leqhaoe said.

He expressed confidence that this year’s partnership was the beginning of a long and fruitful relationship adding that he also hoped that the bank would increase its contribution in the next edition.

‘Matšeliso Motšoane, one of the organisers of the event, said the festival was necessitated by the awareness that most Basotho had forsaken their culture and history hence the festival would evoke their memories.

“Bacufe will be a combination of different activities which will remind us about our history as Basotho such as ntlamo, litolobonya, Mokhibo and many others,” Motšoane said.

Motšoane also said they would have a children’s corner dubbed Mantloaneng for storytelling to close the gap caused by the lack of documentation of historical events and cultural practices.

“Mantloaneng will have activities like face painting inspired by Basotho’s different clans, storytelling and other activities which will teach children about their culture,” she said.

She said storytelling would be followed by character meet and greet sessions where the children would be introduced to mock models of the characters in the stories that they would have been told.

Mpho Molikeng’s journey with the lesiba, other musical instruments