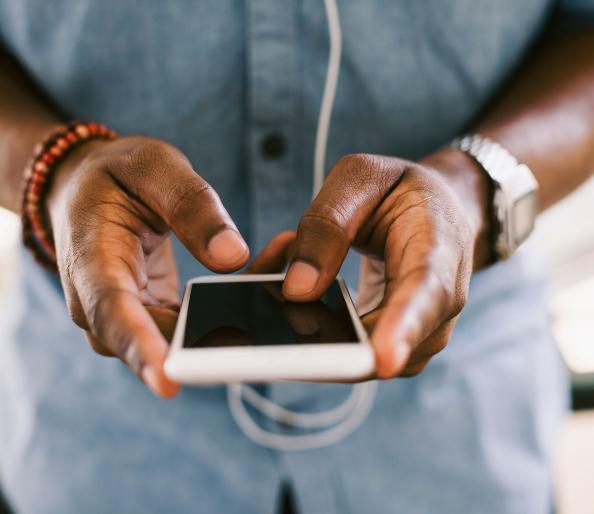 THE proposed temporary closure of Facebook and Twitter by the Lesotho Communications Authority (LCA) is politically-motivated and meant to avoid accountability.

This is according to the Consumers Protection Association’s (CPA) strongly-worded letter to the LCA. The missive was in response to the LCA’s request to the country’s two telecommunications operators, Vodacom Lesotho (VCL) and Econet Telecom Lesotho (ETL) to justify the continued provision of Facebook and Twitter services.

In the letter, the CPA says the proposed blocking of the social networks is a barrier to trade, suggesting the telecommunications regulator was abusing its powers.

“(The) CPA is shocked by the planned temporary closure of Facebook and Twitter by the LCA. This move is against the notion of regulation and consumer protection in the context of communication services,” the consumer watchdog notes.

“The regulator should intervene in markets where there is market failure not to make markets that operate smoothly to fail. In this case, LCA should be an advocate of reliable, efficient, affordable and fast internet in order to facilitate trade and communication between various economic agents.

“Unfortunately, the referee has turned himself into a hooligan and demands players in a field of play to facilitate information blockade.”

The CPA also argues the closure contravenes benchmarks for the renewal of trade preferences under the African Growth and Opportunity Act (AGOA). AGOA gives duty-free and quota-free access to the United States market to eligible Sub-Saharan African countries including Lesotho.

“We wish to caution the government of Lesotho that this move will exacerbate the fragile 2017 AGOA eligibility for Lesotho. According to the AGOA eligibility, there is a need for an AGOA beneficiary country to demonstrate progress towards becoming an open society,” says the CPA.

“The closure or Facebook, whether temporary or permanent, will violate the following provisions of the AGOA eligibility criteria; elimination of barriers to US trade and investment, protection of human rights, policies to reduce poverty, efforts to combat corruption and rule of law and political pluralism.”

The association also queries the legality of such a move, saying it was politically’ motivated.

“There is no legal basis or justification for LCA to shutdown Facebook and Twitter except implementation of the long taunted threat by politicians to close social media.

“This unjustified fear by politicians is nothing less than the fear to be held accountable. It is very important that stewards remember that they hold public offices not to become like ancient chiefs rather to serve the interests of the electorate.

“The times of fiefdoms was during the Lifaqane wars and slavery where people acted with all the impunity and looked at other human beings as their subjects. Anyone who wants to close social media has lost touch with the reality of the present time where millennials use Facebook, Twitter and other social networks to conduct their businesses, communicate, share experiences, organise, prayer, fight corruption, hold stewards accountable and socialise.”

Media Institute of South Africa Lesotho Chapter (MISA Lesotho) has also added its voice to the outcry, urging the government to view social media as a positive thing and start using it to strengthen its governance structures.

“The position of MISA Lesotho in this regard is that Facebook and Twitter are important platforms that have added value in Access to Information (ATI), which is vital for sustaining democracy and protection of human rights,” read part of the MISA Lesotho statement.

“A move to close down Facebook, Twitter or any other social network – whether temporarily or permanently – is a regression in the development of our country, and it undermines democratic gains that Lesotho has attained to date. The closure will negatively affect freedom of expression, civic engagement and participation in the political and socio-economic advancement of Lesotho.”

MISA Lesotho adds: “Facebook, Twitter and other social media platforms have evident positive changes in the political, social and economic emancipations of individual citizen, civic groups, corperate sector, as well as the government of Lesotho. Furthermore, according to studies on the use of social media, academic research has consistently found that people who consume more news on social media have a greater probability of being civically and politically-engaged across a variety of measures.

“While we acknowledge that if not regulated, social media platforms can be detrimental to safety and security of the country and its citizens, we strongly disagree with the closure of Facebook and Twitter in Lesotho.”

The institute urges the government of Lesotho to work towards providing an environment that prohibits use of social media to violate people’s rights such as freedom of expression, association, safety, order, morality and health in terms of Lesotho’s constitution and other international apparatus.

“We also recommend to the government of Lesotho to take advantage of the SADC Commission of Inquiry’s recommended legal reforms to work towards a regulatory regime for information and media in Lesotho.

“In our view, Facebook and Twitter are important platforms that can be used to solicit people’s views to inform development of laws that protect rights and freedoms of the people of Lesotho.

In its response, the LCA took issue with the “derogatory” tone the CPA used to drive across its message.

“The Authority has noted media speculation on Twitter and Facebook closure. Consumer Protection Association (CPA) has issued a strong worded statement in which unfair, unfounded and unsubstantiated allegations are levelled against the Authority.

“However, LCA believes the derogatory language employed by the CPA might cloud the legitimate concerns as regards closure of major social media platforms.

“We, therefore, note concerns by CPA on the matter but regret the language used.”

The LCA said they received a directive to close Facebook and Twitter from the Ministry of Communication, Science and Technology on 2 November 201.

“On 3 November 2016 – the Authority called upon the two network operators to make representations as regards the Hon. Minister’s directive,” says the LCA.