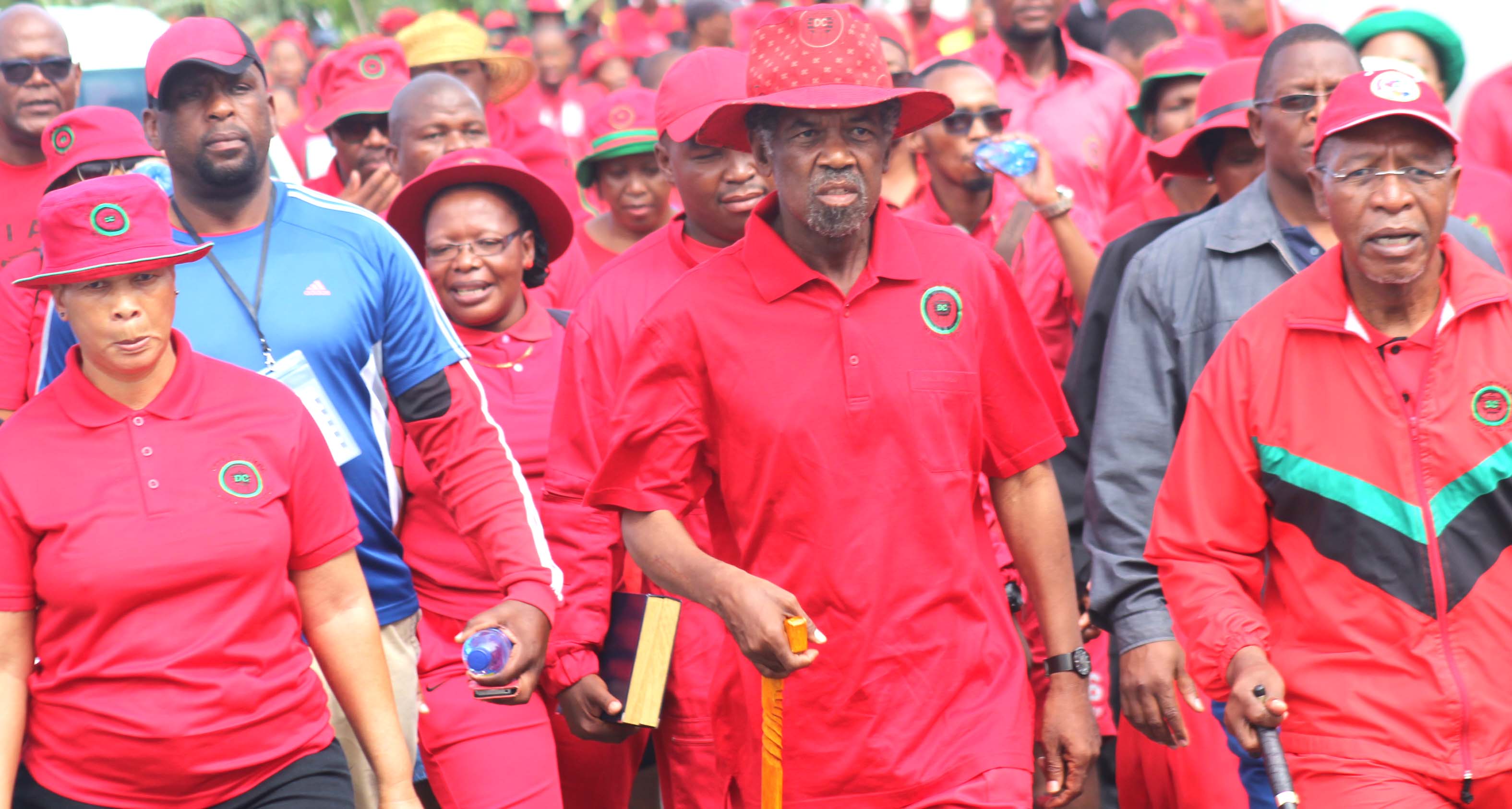 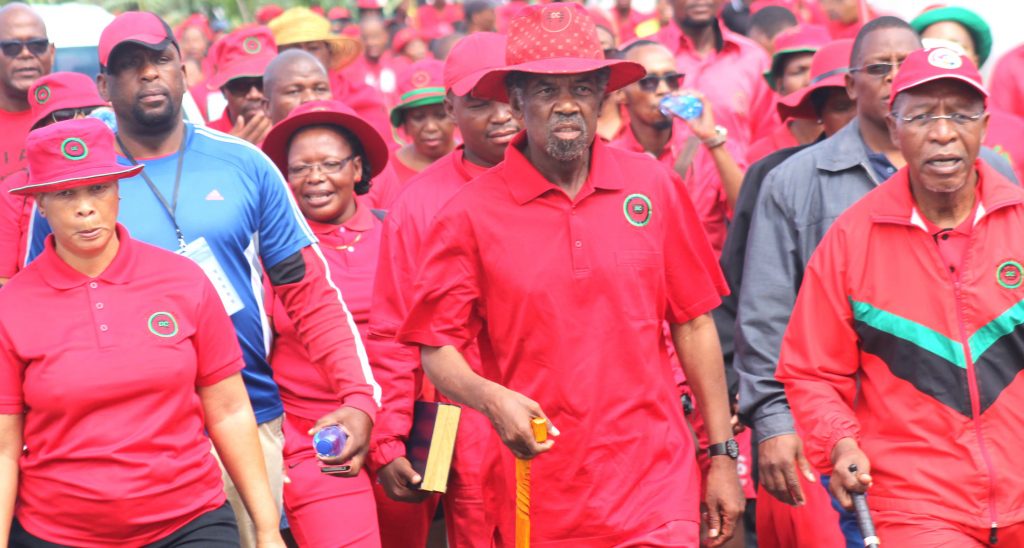 A PROCESSION being organised by the Democratic Congress Youth League (DCYL) to welcome home the party’s deputy leader and Police Minister Monyane Moleleki has rocked the main governing coalition partner.

According to DCYL President Thuso Litjobo, Mr Moleleki would be welcomed by a “vehicle convoy” of supporters upon his arrival at Moshoeshoe I international Airport on Friday from an undisclosed foreign trip.

He told the Lesotho Times yesterday the convoy would convene at the Lesotho Cooperatives College grounds ahead of the trip to the airport with Mr Moleleki’s supporters expected to wear party regalia.

Mr Litjobo said the procession was meant to show support to Mr Moleleki whom he said was “under attack” from his foes in the DC and coalition government.

Mr Moleleki recently alleged a plot to kill him, saying his foes thought he was working to topple the Prime Minister Mosisili-led coalition government.

Mr Moleleki, who leads a DC faction dubbed Lirurubele (butterflies), has been linked with a coalition pact to oust Dr Mosisili with former premier and All Basotho Convention leader Thomas Thabane. However, it appears to have stalled over a disagreement about who between them becomes prime minister.

Mr Litjobo said they had learnt that plans were afoot to either assassinate, fire or arrest Mr Moleleki who is popularly known as Mokola.

“We decided to organise the vehicle convoy because we have learnt in recent weeks about an assassination plot against Mokola,” he said. “We have also learnt of a plot to fire Ntate Moleleki from cabinet and 10 other cabinet ministers together with one minister from the Lesotho Congress for Democracy.

“A third tip-off was that our party’s deputy leader might be arrested upon his return from his international trip for allegedly disturbing the government’s stability. So we want to see whether those plotters will go ahead with their plans.”

The DCYL president said he had learnt that the police had issued a public notice saying a procession scheduled for today was illegal.

He said that procession had nothing to do with the one they were planning, since theirs was scheduled for Friday.

However, the procession has not gone down well with Tourism Minister Likeleli Tampane who dismissed it as a stunt to “garner public sympathy”.

She said the event was further testament of how “unruly” the youth league had become under Mr Litjobo’s leadership, while also taking a swipe his brother Refiloe who is DC deputy secretary-general.

“The Litjobo family seems to be influencing the deputy leader and the Secretary-General (Ralechate ’Mokose) to go against the values of our congress party,” Ms Tampane charged.

“And it’s also a protocol issue that only the King and his Prime Minister would be given such a welcome when entering the country and not a party deputy leader or cabinet minister as suggested by Litjobo.”

She said cabinet ministers “lacked confidence” in Mr Moleleki “as he seems to be controlled by the Litjobo brothers”.

“We have also seen the shocking development of Ntate Moleleki going against party values to canvass for the position of party leader contrary to the norm and laws that candidates for leadership positions would be nominated and then elected through the grassroots structures until their election to the helm of the party.

“Ntate Moleleki has openly shown his interest to be our leader but we still maintain that our incumbent leader, Ntate Mosisili, will stay in office until the end of his term. We are still going to elect him once again to lead the party despite his deputy’s campaign to oust him.”

Contacted for comment on the planned procession, police spokesperson, Superintendent Clifford Molefe said they were aware of it although no permit had been issued or solicited from the Maseru Urban District Police Commissioner’s office as of yesterday.

He said holding a procession without authorisation would be in contravention of the Public Meetings and Procession Law.