JONSSON Manufacturing Pty Ltd, a workwear factory in Maputsoe, has with immediate effect terminated employment for about 700 of its workers for recently engaging in an “unlawful strike”.

This comes after a 7 and 8 April 2019 strike where hundreds of the company’s workers downed tools and picketed on the streets to demand better working conditions from their employers.

The workers were unhappy with their working conditions which they said their employers have ignored despite attempts to engage in talks.

A letter seen by this publication addressed to one of the employees accuses the workers of engaging in the strike despite a court order interdicting the industrial action. The company’s Managing Director, Anton Barker who signed the letter, said the workers’ action calls for dismissal.

“This letter serves to inform you of the immediate termination of your employment with Jonsson Manufacturing Pty Ltd,” Mr Barker wrote.

“The termination follows your act of engaging in an unlawful strike today the 8th April 2019.

“You are expected to return any property of Jonsson that might be in your possession.”

Attempts to get a comment from the company’s management were fruitless as their phones rang unanswered.

Samuel Mokhele, the Secretary General of the National Clothing, Textile and Allied Workers Union (NACTWU) said while they have so far recorded close to 700 employees who have been fired, the numbers were likely to increase.

He also said the workers were unhappy about their everchanging payday dates and delayed disbursement of severance pay for those who have resigned.

Although the strike was suspended until further notice on the 8th of April and workers returned to work the following day, some of the employees who had participated in the strike were shown the door by their supervisors upon reporting to work on the 11th and the 12th of this month.

Mr Mokhele said by the 12th of April, over 500 workers had been fired for participating in the strike.

“At least 500 people had been served with letters of expulsion for engaging in the strike by Friday. We believe that there were still many more to be fired,” Mr Mokhele said, adding that there were already moves to challenge the dismissal in the courts.

“So far, we have recorded close to 700 workers who have been fired and these are only those who are affiliates of our union. We believe that there are many more who have not come to us because they are not members of the union. We have already taken the matter up with our lawyers,” Mr Makakole said.

‘Thahane was not at the Royal Palace’ 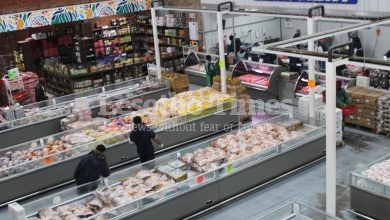