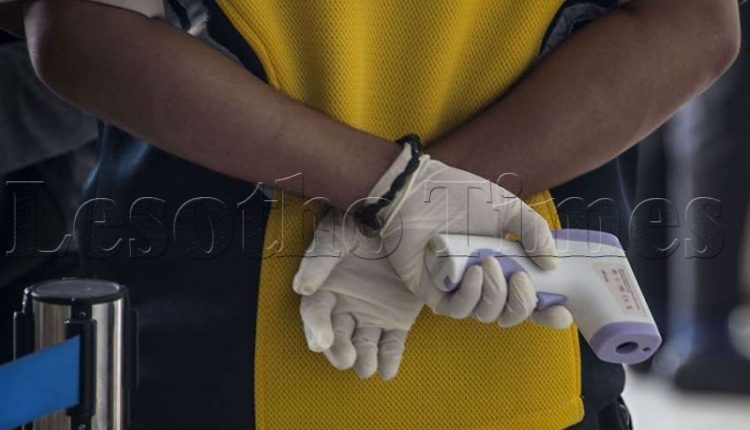 SOMEWHERE in the Bible, we read of the fool who said in his heart that there is no God.

Here in the streets of Maseru- in its pubs, malls and homes- we have fools who say there is no Coronavirus (Covid-19).

All the messages, frightening statistics and images of people dying in their thousands in far flung places like China, Spain and Italy have not sufficed to cause our people to change their behaviour.

Even the news and images of Gauteng’s provincial government digging up to 1, 5 million graves in anticipation of a surge in Covid-19 deaths has done nothing to dissuade our people from flooding public places in violation of public health regulations on social distancing.

We wonder what it will take before our nation takes the Covid-19 threat very seriously.

Do we first have to see hundreds of thousands dropping dead and mortuaries overflowing with corpses to believe that we are at serious risk?

Do we need to see entire villages wiped out in the same way HIV/AIDS is said to have wreaked havoc in places like Uganda in the 1980s before we really believe this new pandemic can attack us the same way?

It is said that Ugandans only began paying serious attention and changing their risky behaviour after they lost loved ones in large numbers to HIV/AIDS back then.

Here in Lesotho our people are carrying on like all those biblical people who refused to get into Noah’s ark after they were warned about an imminent flood that would wipe out all life from the face of the earth.

Those people continued holding parties and drinking to their hearts’ content only to regret when the flood waters began to rise.

Similarly, our people, including those who should know better, continue with their usual routines.

Over the weekend, the Sunday Express carried a story of a police officer who gathered his friends at a public bar to have a good time. The officer in question, one Police Constable (PC) Lefu Molongoana, did this despite knowing very well that he should be in self-isolation to avoid spreading the virus.

Normally Covid-19 patients are not identified but the police authorities have seen it fit to identify this particular officer because he is not only a danger to himself but his family and whole communities because of his reckless conduct.

His friends, who are also police officers, have been abetting his criminal conduct by fraternising him in violation of the public health regulations, boasting that they will continue to dine with him despite his Covid-19 status.

This kind of idiocy would perhaps be tolerated if only the proverbial fool and his like-minded friends suffered the consequences alone. Unfortunately, whole families including young children are likely to be infected due to his recklessness. Many others are likely to suffer from the irresponsible actions of those who should know better.

We have heard of senior government officials, politicians and their supporters exhibiting high degrees of lunacy by holding political rallies. Covid-19 doesn’t discriminate. It is not a respecter of men and their positions. You can still contract the virus even if you are a government minister or member of the ruling party.

When Covid-19 broke out at the beginning of the year, Mr Bolsonaro downplayed the seriousness of the pandemic, criticising Brazilian governors for imposing restrictions to slow its spread.

Needless to say, he is now infected and Brazil is now the second-worst hit country in the world behind the United States.

Perhaps it will be more sobering for Basotho if they opened their eyes to realise that the number of infections in Brazil is actually greater than our entire population.

Something that should also sober up those who continue to fill public bars like PC Molongoana and address political rallies like ruling All Basotho Convention (ABC) politicians, is that neighbouring South Africa is now the fifth most infected country in the whole world.

The epicentre of the virus is here on our doorstep. If that doesn’t strike fear into our hearts and change our behaviour then nothing else will.

Prime Minister Moeketsi Majoro has announced tighter restrictions including banning churches and reducing the number of people who can gather publicly to just 30.

Sports and most other social activities have been banned too but the war will not be won through simply passing draconian laws.

It will be won through the cooperation of people and their willingness to obey regulations designed to save them from infections.

We therefore plead with the nation, with everyone from the well-heeled politician to the ordinary factory worker in Thetsane. We all have a responsibility to save ourselves and save our nation. Let us do the right thing.