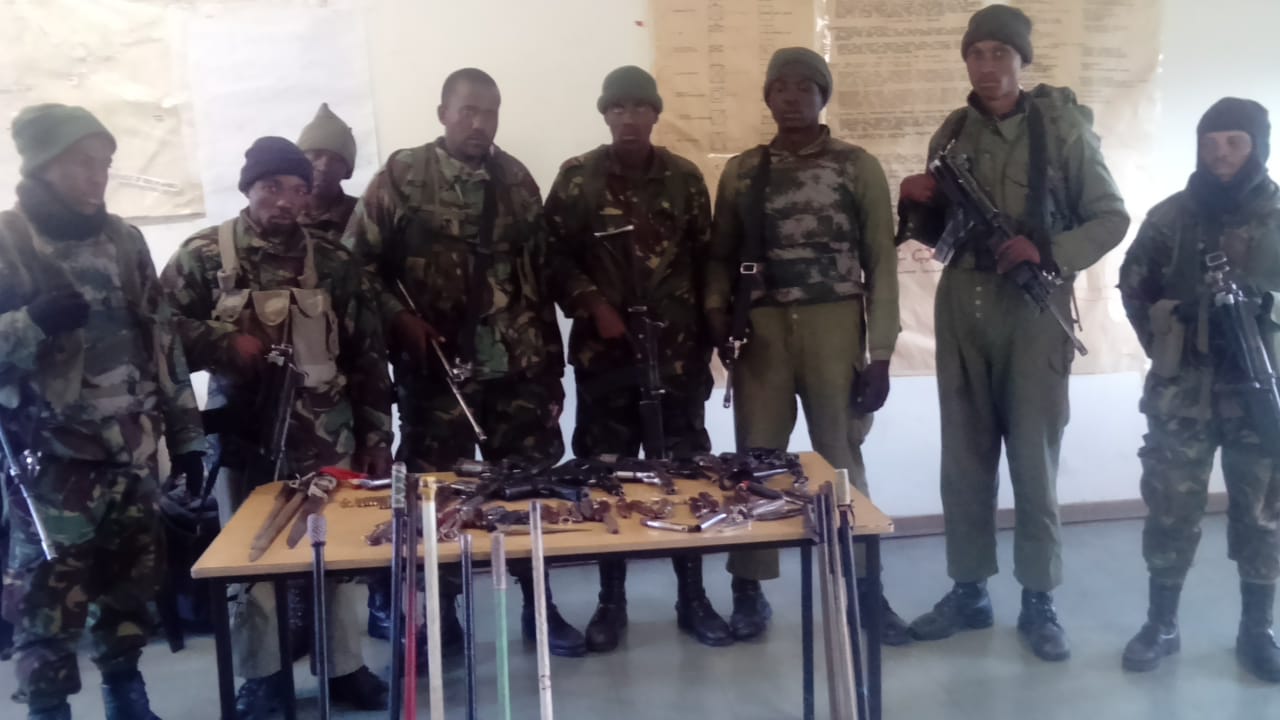 THE Lesotho Defence Force’s (LDF) 11 Infantry Battalion recently confiscated 14 firearms from more than 300 Semonkong villagers who were on their way from recovering their stolen livestock in the Koebung area of Qacha’s Nek.

The villagers are part of a Semonkong self-policing committee and had on the same day pounced on the Koebung area and seized more than 1000 sheep, 50 cattle and other domestic animals which they claimed were stolen by Qacha’s Nek villagers from the Semonkong animal post in January this year.

And acting on a tip-off from Koebung villagers who reported that their village had been raided by gun totting men, the army dispatched officers who recovered the firearms and the animals.

According to the LDF spokesperson, Lieutenant Colonel Mashili Mashili, an army helicopter flew in a squad of soldiers to halt the villagers.

“Following the tip off, members of the LDF surrounded the village and found that the attackers,” Lt-Col Mashili said. 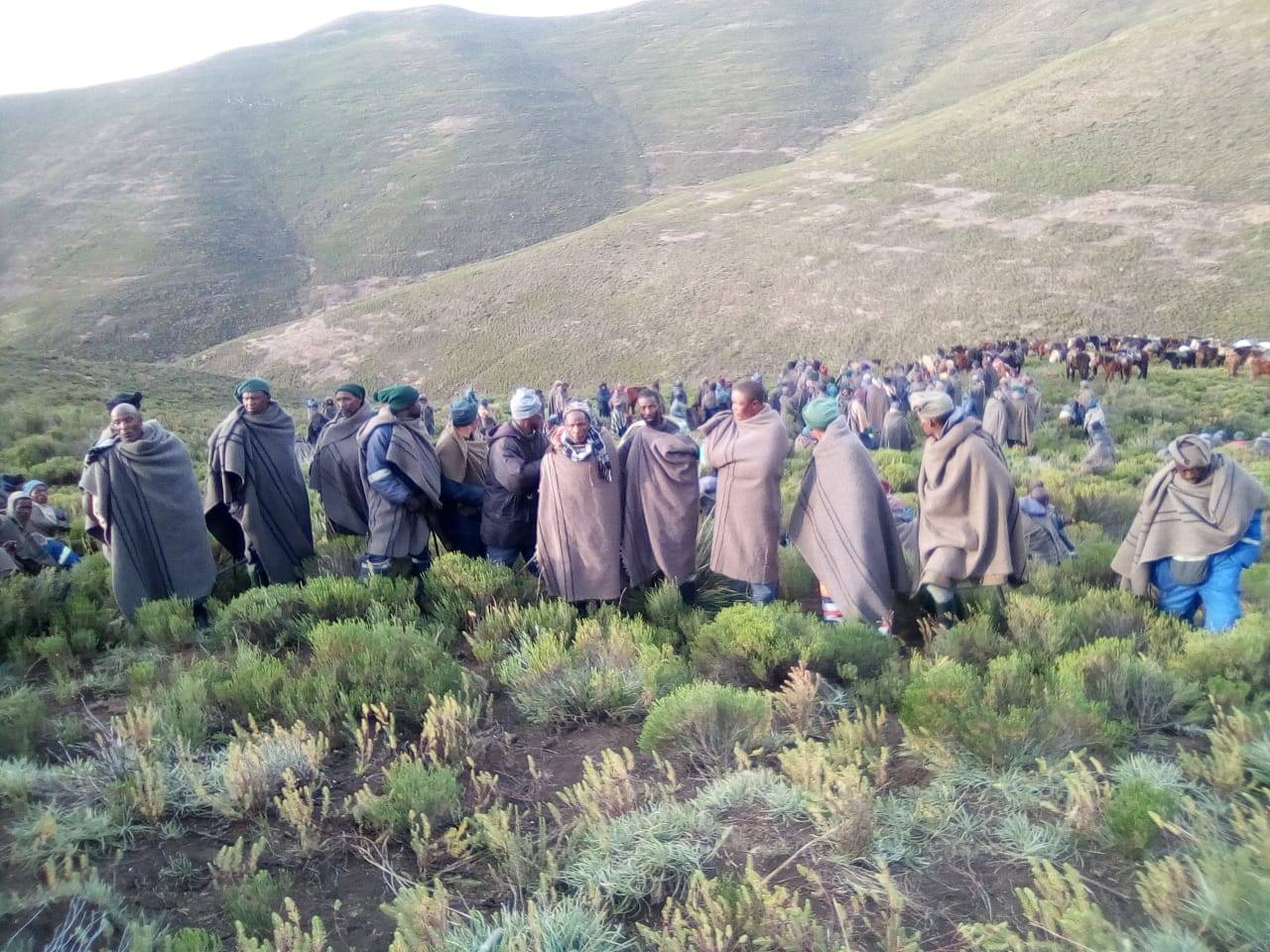 “Upon arrival, the deployed soldiers discovered that the attackers had taken the livestock and set two animal posts on fire.

Lt Col Mashili said that the men told the army that they had come to recover their animals which were stolen in January.

He said the attackers and the Koebung men were then called for an emergency “peacemaking” meeting.

“The soldiers convened a meeting between the two parties to make peace. Some animals were released to people who had documents that proved that they were indeed the rightful owners of the animals. The rest of the animals were taken to the Semonkong Police Station where their owners will identify them,” he said. 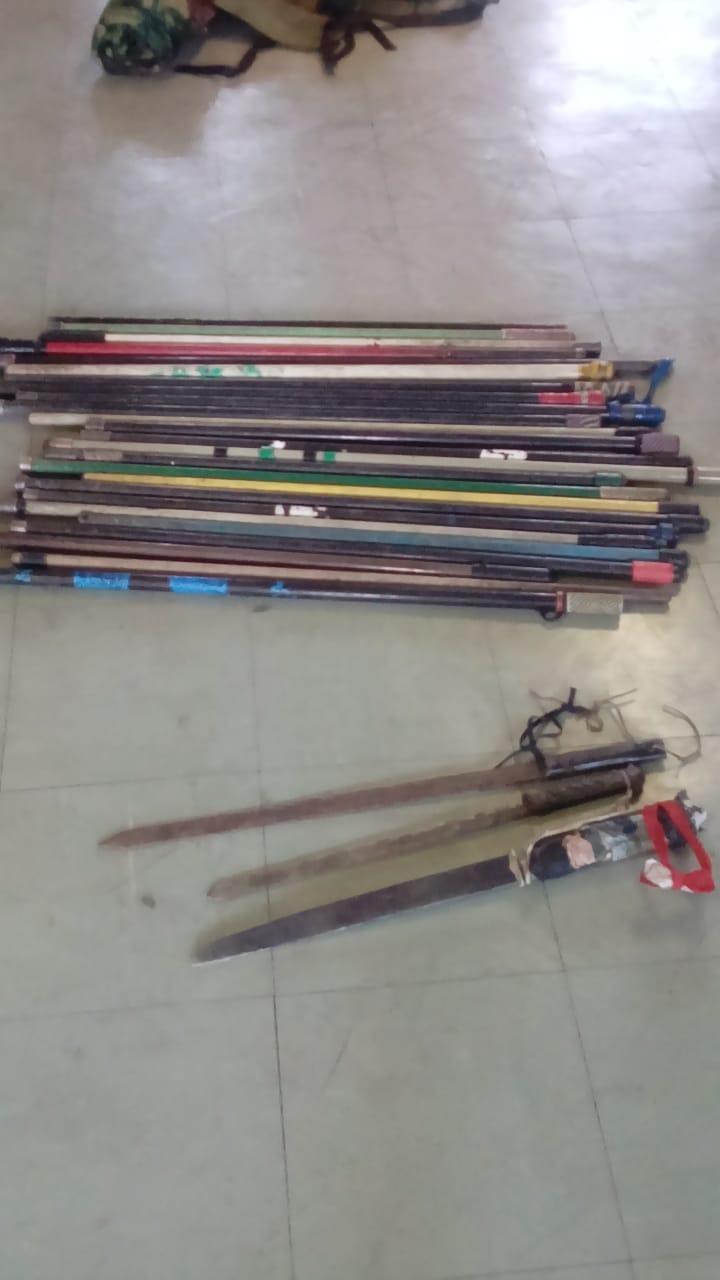 He added that the attackers told the soldiers that they were still in search of their 28 sheep which went missing earlier this year which they suspect were stolen by some of the Koebung villagers, who are allegedly notorious for animal rustling. He said the attackers also claimed that some Koebung villagers had in the past murdered some Semonkong men.

Lt Col Mashili said stock theft was rampant in the mountainous areas of Lesotho and the army operations have managed to foil several heists.

He said the army was inundated with calls to intervene in stock theft incidences adding that cross border stock theft was also widespread. He said in some instances, animals have been stopped just before they crossed into South Africa through illicit entries.

“Stock theft is common. Last month we reported that in the past three months the army seized about 2400 cattle. The numbers are still rising. Many animals have been recovered in the Butha-Buthe and Qacha’s Nek border areas. Members of the army conduct operations at least thrice a week to halt stock theft missions and this costs the army a lot of money,” Lt-Col Mashili said.

Lesotho Times
Prev Next 1 of 6