THE Lesotho Times’ sister paper, The Sunday Express, republished an opinion piece carried in the  3 October 2014 edition of Business Day, entitled “Corruption and crime roots of Lesotho conflict” in which Minister for Development Planning, Moeketsi Majoro, argues that the roots of the current conflict in Lesotho are the corruption and crime inherited from the previous government. In this first instalment of a two-part article, the Democratic Congress (DC) submits that this conflict starts and ends with the autocratic ambitions of the current Prime Minister, Thomas Motsoahae Thabane. If Dr Thabane were to succumb to the increasing democratic pressure and step down today, people, big and small, would continue to be prosecuted for corruption and crime as has always happened in all regimes. But the heightened tension and general unease that the country is going through would stop immediately.

The spirited attempt to associate Lesotho’s purely political problem with corruption and crime or even security can only work on people who don’t live in Lesotho.

In his article Dr Majoro makes wide sweeping statements and allegations, many of them with profound implications. But then he does not make any attempt to substantiate them. In this article we address some of these allegations point for point, providing concrete evidence and examples as the case may be.

A brief synopsis of events:

In the early hours of Saturday 30 August, Lesotho’s army raided two police stations in Maseru. By 11am this mission was over and the army officers were back at the barracks. Later, their spokesperson explained in a televised press conference that the mission was intended to seize illicit weapons that the police had begun to distribute to criminal elements among supporters of Dr Thabane’s party.

He displayed the weapons that had been confiscated on television. The prime minister, some of his supporters including Lesotho Mounted Police Service (LMPS) Commissioner, Khothatso Tšooana, and some ministers had gone into hiding claiming there was a coup d’état in Lesotho.

There have been many stories around this event, many of them untrue. But some things are not at all controversial. First, it is clear that there already was tension between the army and the police. This is well-known in Lesotho.

Second, this incident points to a clear tension and mistrust between the army and the prime minister. Third, it would seem that there was very little resistance, such that if the aim of the army had been to carry out a coup d’état, then it would have been a one day job.

Of fundamental importance in all this, however, is the strong disagreement between the Dr Thabane and the Southern African Development Community (SADC). The prime minister insists Lesotho has a security problem.

But, after a thorough examination of the situation, the SADC Security Chiefs maintain that it is a political problem.

The prime minister strongly yearns for the deployment of a SADC army in Lesotho; but the regional bloc insists the real solution lies in the opening of Parliament in preparation for a general election. In short, Dr Thabane is looking for a regional military solution to what is clearly his personal political problem. It should not take a rocket scientist to see that he wants control of the army so that he can stay in power unconstitutionally.

Politicisation of the public service:

In the article Dr Majoro says the politicisation of the public service started soon after the 2007 elections. We suspect Dr Majoro knows this is not true. In any case, we should mention for the record here that politicisation of the public service in Lesotho is widely known to have started in the aftermath of the 1970 coup d’état when Chief Leabua Jonathan suspended the Constitution and instituted a systematic purge of all members of the Congress Movement from the civil service. Dr Majoro will surely remember that many of our people at this time changed their surnames to that of Molapo or some such other surnames in order to try and curry favour with the rulers of the time.

Be that as it may, it would seem that Dr Majoro is now uncomfortable with direct appointments of senior public officers. This is a little strange and it borders on hypocrisy. Dr Majoro was himself hand-picked by the Lesotho Congress for Democracy (LCD) government to serve as a fiscal analyst in the Ministry of Finance and Development Planning from 2000 to 2004. He was then appointed to the position of principal secretary (PS) in that ministry from 2004 to 2008.

Both of these were direct appointments without any advertisements. The same LCD government that he is now denouncing sponsored his candidature as a Director at the International Monetary Fund (IMF) where he served from 2008 to 2012.

The point is that the LCD government made all these direct appointments knowing full well that Dr Majoro was not a member of the LCD. There were other PSs who were appointed to serve in that government although they were well-known not to be members of the LCD, and many of them served until the 2012 general elections. Dr Majoro is our witness that, until the 2012 general elections, the LCD government appointed senior government officials on the basis of merit and not political affiliation. He is himself a good case in point.

This stands in stark contrast to the current regime. Within a very short time of their advent, all non-coalition government PSs and district administrators had either been dismissed or bought off, many of them in the middle of their contracts.

This ushered in an agonising period of litigation between government and some of these aggrieved officials. In some cases, this purge was taken to levels of absurdity. For example, in the then Ministry of Social Welfare, a PS from the previous regime was sent away on “special leave”, and a successor was appointed immediately.

As a result, government was forced to pay two salaries and perks to these two people against one post. This is the first government since independence in which PSs serve on National Executive Committees of political parties, in direct contravention of the Public Service Act of 2005. Examples include Sam Rapapa, the erstwhile PS in the Cabinet Office, now PS of Tourism, Environment and Culture, and Lerotholi Pheko, PS of Development Planning. After being appointed as PSs in the public service, these two continued defiantly to serve as Treasurer and Public Relations Officer respectively in the last National Executive Committee of the All Basotho Convention (ABC).

Dr Majoro claims that the root causes of the current conflict are corruption and crime. He goes on to say, “During the life of the previous government, instances of public funds being laundered through tenders for both party and personal gain have been investigated and are a matter of public record.”

Two questions immediately come to mind. First, if they are indeed a matter of public record, why does Dr Majoro not mention them to give credibility to this big allegation?

Second, this government has been in power now for over two years. Why is it not doing anything about these individuals and political parties that benefited unfairly from public funds?

How can a government that prides itself in fighting corruption act so helpless in the face of cases of corruption that are a matter of public record? What is going on here?

Dr Majoro, an economist of note, who has served at very high levels both in Lesotho and in well-respected international institutions, is making the allegation that this whole conflict should be attributed to the corruption of our regime. Yet, all he can do to back up this highly incriminating hypothesis is to throw around words such as kickbacks, opaque and irregular procurements, conflict of interest, powerful people, several dirty corporations etc. with no concrete figures or examples! This is truly an outrageous travesty and trampling of our rights.

It will probably assist Dr Majoro to understand our frustration with his general and sweeping statements if we give context to what we mean.

When former Prime Minister Pakalitha Mosisili, got wind of the fact that the prices of goods supplied to his office were being inflated, he commissioned an investigation which identified the PS and other senior officers. They were all dismissed after due process.

It is worth mentioning that this particular PS was the former premier’s nephew. But once found guilty of corruption, he was dismissed. In the Ministry of Education some senior officers began to connive with building contractors to submit claims for payment for work not yet completed. The minister started an investigation, and one senior officer was dismissed after due process.

It is grossly unfair for Dr Majoro to try and give the impression that there was rampant corruption in our government and that nothing was done about such corruption.

One more example should suffice to convince Dr Majoro that our government did much better than the current regime in which he is a minister. He is probably aware that the Mo Ibrahim Index ranks countries on the basis of four categories, namely safety and the rule of law, participation and human rights, sustainable economic opportunities, and human development. In 2011, under the LCD government, Lesotho ranked number eight out of the 52 African countries that were assessed. In 2014, under Dr Thabane’s government, Lesotho has dropped two points to Number 10.

‘We had wanted 10 months to prepare for poll’ 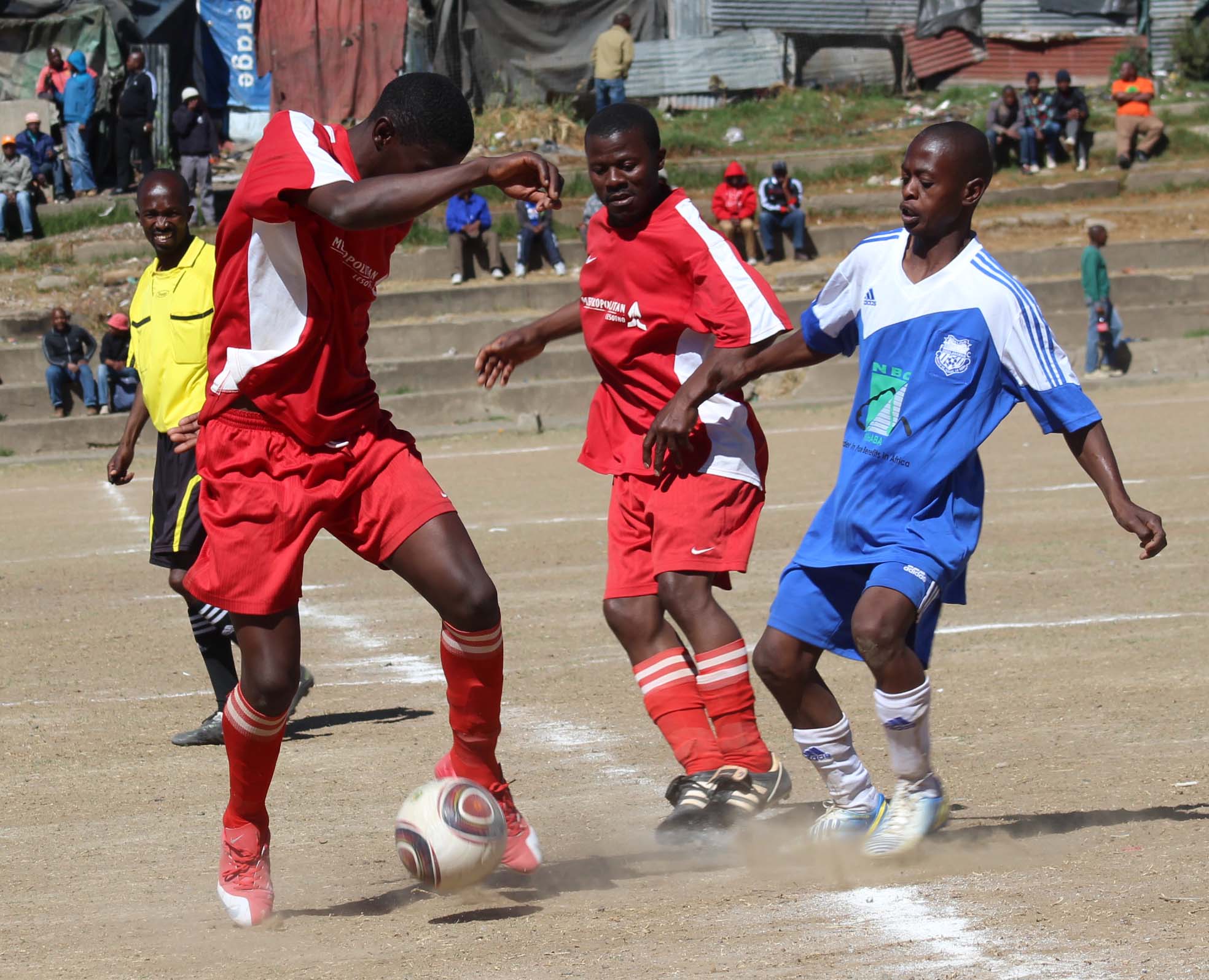 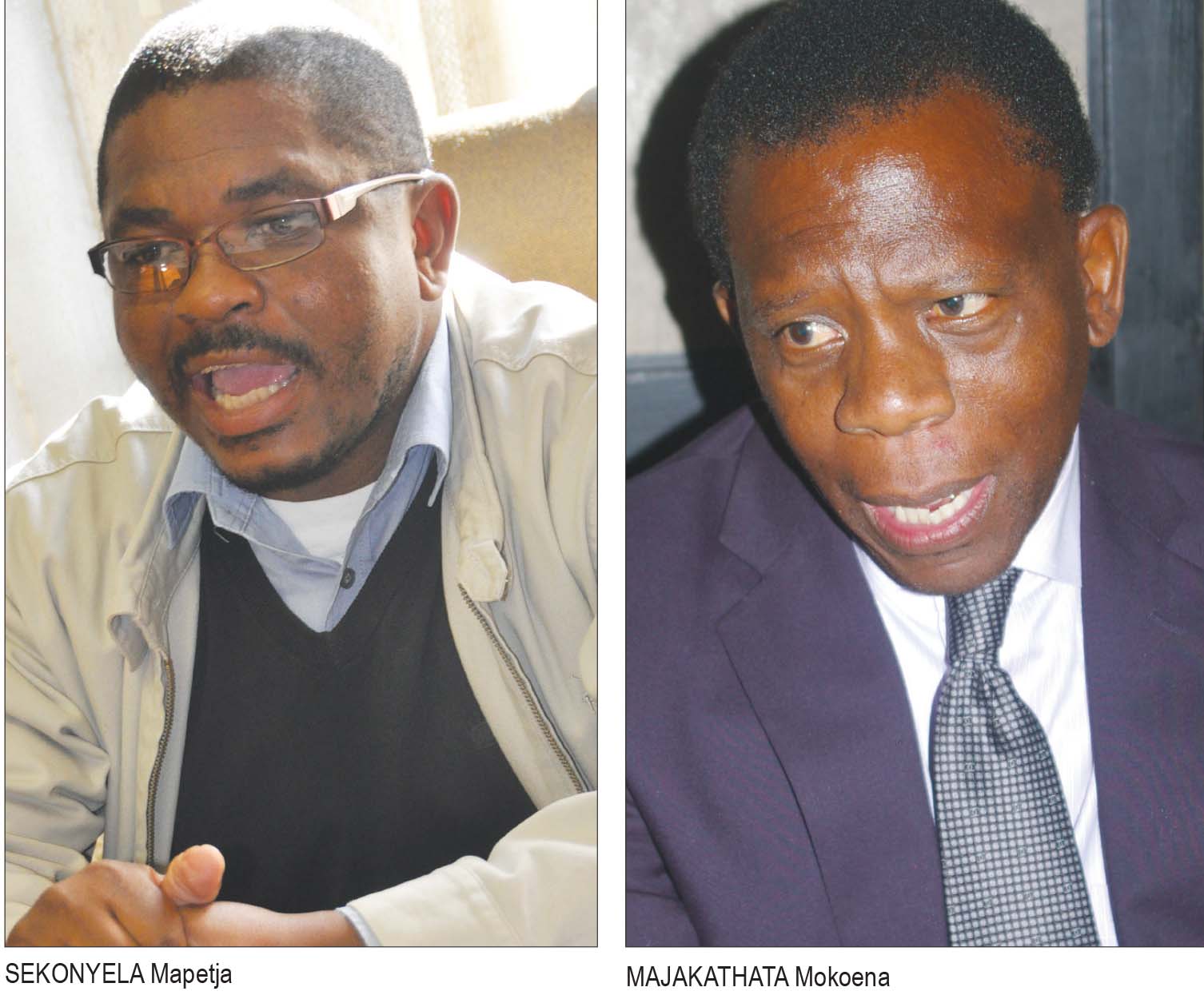