Drama in court during Thabane case 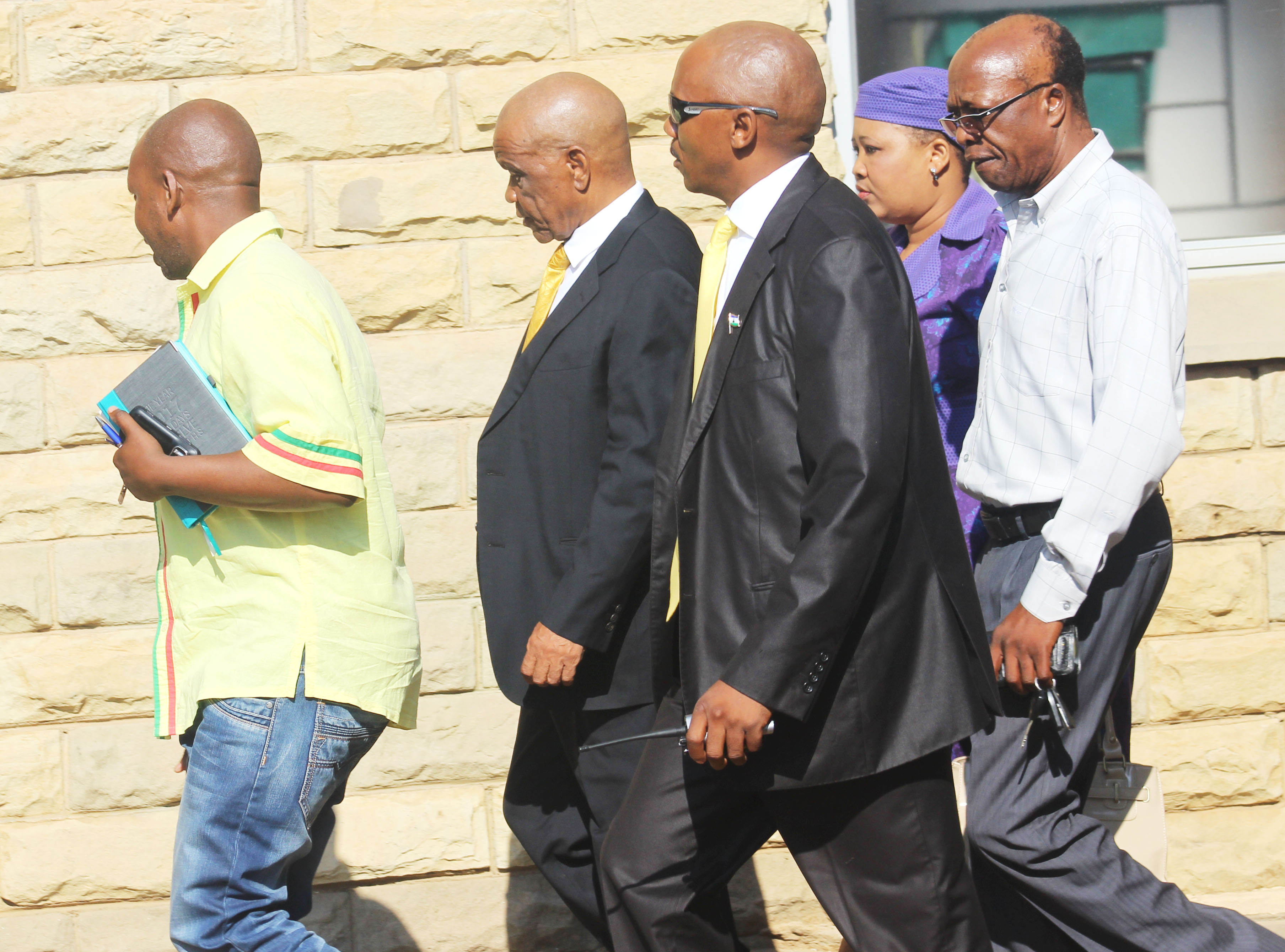 THERE was drama at the Maseru Magistrate’s Court Number One where a scuffle broke out between members of the public and a police officer over the dress code in court.

The members of public, most of them members of the All Basotho Convention (ABC) had thronged the court in solidarity with ABC leader Thomas Thabane who appeared before the court to face charges of sedition and violating the Penal Code Act of 2010.

Dr Thabane is accused of uttering words at the press conference held at the Basotho National Party (BNP) centre on 7 March 2017 to the effect that His Majesty may be removed from his position.

His remarks against His Majesty were sparked by the dissolution of parliament which King Letsie III made in accordance with the advice of outgoing Prime Minister Pakalitha Mosisili whose seven parties’ coalition government lost a no confidence motion sponsored by the opposition bloc in parliament on 1 March 2017.

As the court was preparing to start proceedings before the magistrate appeared, a police officer entered the court room and ordered “all ladies with short sleeved clothes to go outside and dress properly”.

But the crowd retorted in unison and questioned, “Who are you now?”

This was after the first police officer had only targeted men in short sleeved clothes and told them to cover their arms but did not say anything about women.

However, the second police officer approached prominent former ABC legislator ‘Mamandla ‘Musa and told her to go outside and wear something long sleeved to cover her arms.

But Ms ‘Musa answered him jocularly, saying, “My traditional healer told me not to wear anything covering my arms”.

The situation degenerated into noisy affair full of verbal attacks towards the police officer who eventually left the crowd as they were with their short sleeved attire.

The fiasco happened after another involving mobile phones.

A police officer who stood at the court entrance had sought to bar people with mobile phones including journalists from entering the court room.

The matter was only resolved after a compromise was agreed that those with mobile phones would be allowed in on condition they switched them off.

The court room was full to capacity and several prominent people were in attendance.

Dr Thabane also took the opportunity to briefly address his supporters who he urged to co-operate with their committees in preparing for the upcoming 3 June elections.

Electoral constituencies to be slashed: NRA

Pastor gunned down in suspected crime of passion

Electoral constituencies to be slashed: NRA

Electoral constituencies to be slashed:…