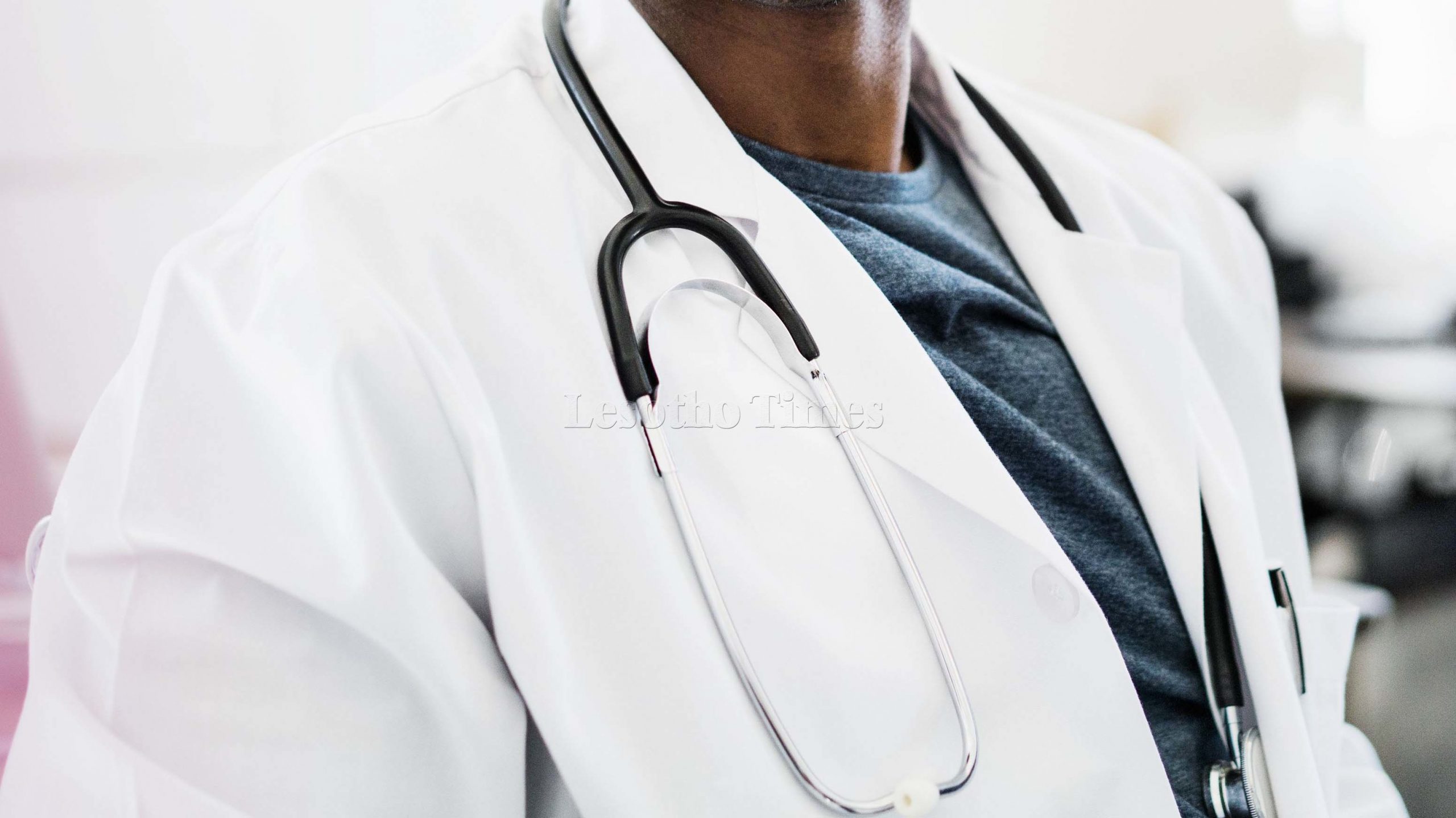 DOCTORS have indefinitely suspended critical emergency services at all government hospitals to protest the government’s failure to address their demands for the provision of adequate medical equipment to enable them to do their work.

The doctors are also protesting the government’s failure to increase their allowances for working outside the normal hours.

They are unhappy with their employer for suspending Leribe District Medical Officer, Dr ‘Malitaba Litaba, instead of addressing her demands for provision of medical equipment.

Dr Litaba raised concerns over the deterioration of services at Motebang Hospital due to the government’s failure to provide the necessary resources to enable doctors and other medical staff to work optimally. But instead of addressing the grievance, raised in her 24 September 2019 letter to the Health ministry’s Principal Secretary, Thebe Mokoatle, the ministry reacted by suspending her.

In her letter, Dr Litaba said Motebang Hospital management had requested assistance from the ministry on three occasion since July 2019 but they never got any response.

“The main issue is lack of allocation for purchase, maintenance of public assets and the calling centre which has left the hospital with no basics to operate. The expected funds, if it will be allocated (sic)… will not cover the basics and we will have to suspend other services,” Dr Litaba states in her letter.

“Security services cost M260 000 per quarter, laboratory reagents cost M100 000, x-ray films cost M96 000 and other items like cleaning materials M100 000 and oxygen cylinder rentals cost M60 000 all of which has to be covered by the M300 000 allocated per quarter. We can forgo security services and procure other essential items but that will result in suspension of after-hours duties due to safety concerns of staff.”

She went on to inform Mr Mokoatle that there were currently no diagnostic services, security services, cleaning materials and oxygen services at Motebang Hospital. She said they were left with no option but to suspend emergency services at night to ensure that medical experts were safe at all times.

She said the hospital staffers recently experienced an influx of armed people accompanying shooting victims and there had also been several incidents where doctors could have been attacked due to lack of security at the casualty department.

She warned  they would soon be forced to suspend the admissions of new patients “and work on the discharge of already admitted patients”.

“This is a result of lack of cleaning materials and thus a high risk of cross infections.

“It is also very difficult to provide outpatient services without x-rays let alone emergency services especially trauma. Dialysis services have been expanding leading to exhaustion of resources. Currently new patients are not enrolled to dialysis due to lack of staff to care for new patients.”

In another letter dated 27 September 2019, Dr Litaba informed PS Mokoatle that “the (hospital) reports show incidences of attacks on health workers by patients and relatives during weekends and after hours”.

“Without security services we have therefore reached a conclusion of providing services only from 8:00 hours to 16:30 hours from Monday to Friday till a solution for providing a safe working environment is reached,” she said.

However, PS Mokoatle did not take kindly to Dr Litaba’s letter and responded by suspending Dr Litaba with effect from 2 October 2019.

“This letter serves to inform you that, as of the date of this letter, you have been suspended from work until further notice.

“After the receipt of your (27 September 2019) memo, you (Dr Litaba) were instructed by your superiors from the Ministry’s headquarters not to suspend the (medical) services as your concerns would be looked into but you failed to do so. Later that same day you were instructed to recall the doctors who were supposed to be on duty but you failed and/or neglected to comply.

“Following your instructions, on that same night (27 September 2019), casualty and maternity departments were closed. This led to one expectant mother being turned away by the nurses who were at wards, and the death of another person who was stabbed with a knife who died at the hospital’s main gate. These unfortunate events could have been avoided but for your instructions,” PS Mokoatle states.

However, fellow doctors countrywide reacted by giving the government up to 11 October 2019 to lift Dr Litaba’s suspension, failing which all government doctors would suspend emergency services countrywide.

Acting Lesotho Medical Association spokesperson, Dr Joseph Masheli, said the government ignored their ultimatum, adding, “It is appalling that the ministry decided to suspend one of our own for raising pertinent issues that we have been complaining about for years now. The issues she raised in her memo were collectively written by doctors in the (Leribe) district”.

Dr Masheli however, said they were not on strike. He said they had only resolved to suspend after hours services to protest Dr Litaba’s suspension and the failure to address other grievances including demands for housing and overtime allowances and lack of medical equipment in government hospitals.

“We are not on strike. We have indefinitely withheld ‘call time’ or after hours services. Doctors in this country are like orphans because we have been crying but the Ministry of Health is not lifting a finger to address our grievances. Senior officials in the ministry are not moved by our grievances.

“Instead of addressing our grievances, they are unfairly suspending Basotho doctors from work. The District Medical Officer in Leribe (Dr Litaba) was suspended after doctors in the district sat down and wrote their grievances.

“The grievances, which included lack of security and medical equipment like x-rays, were communicated to the ministry by Dr Litaba. Nurses and doctors complained that it was dangerous to work at night without security as some patients and their relatives are aggressive and dangerous. Instead of addressing these issues, Dr Litaba was suspended from work.

“This is why we have decided to suspend call time. She (Dr Litaba) took the initiative to alert the ministry on what is happening on the ground and this is how she was repaid. The Lesotho Medical Association has therefore decided to stand in solidarity with all doctors that are being victimised by suspending after hours services,” Dr Masheli said.

He said the LMA would only lift the suspension after the ministry had scrapped its requirement for doctors to work at least 75 hours per month to qualify for an overtime allowance of M600. He said that amount was “too little” considering the sacrifices doctors made under very dangerous conditions where there was no security.

He said the doctors were also angered by the ministry’s alleged refusal to pay them M8000 monthly housing allowances as per contractual agreements.

Rather than pay them, Dr Masheli said the ministry rented houses on behalf of the doctors’ and those houses were far from hospitals, forcing them to dig into their pockets to pay for transport to and from work.

He said they had written several letters to Mr Mokoatle and Health Minister, Nkaku Kabi, to no avail. Mr Kabi and PS Mokoatle’s mobile phones rang unanswered when the Lesotho Times called them for comment yesterday.