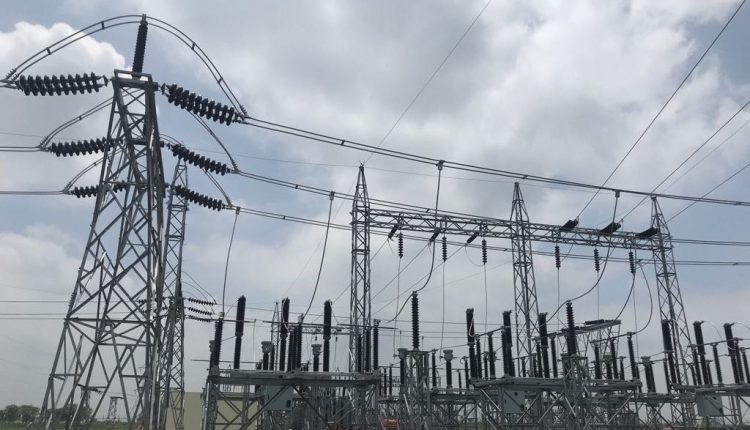 A FORENSIC investigation into the affairs of the Lesotho Electricity Company (LEC) has revealed deep rooted malfeasance within the power utility including fraud, theft and corruption.

According to the December 2018 confidential report by South African consultants SNG Grant Thornton, the LCE is owed M110, 1 million by its various unnamed debtors. SNG’s findings have not been made public but the Lesotho Times this week saw a copy of the confidential report.

Apart from the debts, four companies belonging to some senior LEC managers were awarded tenders ranging from M53 000 to M181 000. This is against corporate governance practices which forbid employees from bidding for tenders in their own organisations.

In another development, two companies – Lucy Switchgear and Free State Transformers – were irregularly awarded contracts of M4, 5 million and M12, 2 million respectively. Lucy Switchgear was awarded a contract to supply LEC with ring main units (RMUs) without going to tender. An RMU is a sealed, gas-insulated compact switchgear unit.

Free State Transformers was awarded a tender to supply the LEC with transformers valued at M12 million. This was despite that the company contravened the tender rules by only submitting its security bid a day after the deadline of 23 August 2013.

In another instance, a company called CBI was awarded an M8, 6 million tender to supply the LEC with conductors without going to tender.

“Procurement of the conductor should have gone to tender because the value exceeded the threshold of M100 000,” the SNG report states. LEC procurement policies state that any tender worth more than M100 000 must go through the tendering processes.

These and a host of other financial irregularities paint a bleak picture of how the LEC is governed.

It follows a similar report issued in 2017 by the LEC’s internal audit department (IAD) which detailed the rot that has taken root at the parastatal. The report called upon the then new LEC board to send a strong message to the parastatal’s management that any forms of malfeasance would no longer be tolerated at the state-owned utility tasked with the generation and distribution of power in Lesotho.

The current board is led by National University of Lesotho (NUL) professor of physics, Molibeli Taele.

In an interview with this publication soon after the 2017 report leaked, the then LEC board chairperson Refiloe Matekane said he had inherited a mess at the LEC and would do all in his power to restore the parastatal to prudence and financial viability for the benefit of the country.

The confidential internal audit report also painted a picture of a dysfunctional organisation where poor corporate governance practices had allowed employees to increasingly engage in fraudulent activities ranging from small misdemeanours to huge frauds and corruption of as much as M170 million.

The embezzlement of M170 million is suspected to be the cause of the assassination of the LEC’s head of internal audit, Thibello Nteso, who was shot and killed early 2017 after he raised the alarm bells over the corruption at the parastatal.

The indiscipline and corruption of LEC staff resulted in them connecting electricity illegally to consumers in exchange of bribes and failing to pursue debts owed to the parastatal.

Some LEC employees had been paid huge gratuities in excess of M500 000 despite that they do not qualify for such benefits while illegal payments of as much as M400 000 had been made to lawyers.

The LEC’s company secretary Adv Retsepile Ntšehlele yesterday confirmed the authenticity of the latest LEC report prepared for the power utility by SNG.

He said the investigation of the LEC’s rot was prompted by previous adverse external and internal auditors’ reports.

He said the investigators had helped the LEC board to appreciate the “magnitude of the rot within the LEC”.

“That report is still confidential and I don’t know how it got leaked. I find it shocking that it is now in the hands of the media,” Adv Ntšehlele said.

“The board decided to engage an investigator so that we fully understand the kind of an organisation that we would be directing when we came in. We needed to understand the level of ill-discipline within the LEC which brought about this state of affairs.

“The investigation helped us to appreciate the magnitude of the laxity within the LEC. For instance, we did not know that two vehicles are missing. These are some of the dynamics we are grappling with,” Adv Ntšehlele said.

He said the LEC board of directors decided to engage SNG in May 2018 to “perform corporate governance review, advise on turn around action and conduct investigations on behalf of the LEC”.

SNG was further required to assist the LEC with recommendations to address the identified anomalies of poor ethics, corporate governance failure, theft, fraud, corruption, lax controls and loss of revenue.

In its report, SNG said some debtors had still not paid the LEC despite their debts being long overdue.

“We noted that the disconnection strategy was discontinued and currently disconnections are not implemented and this was allegedly on the instruction of a Mr Nkhahle. As a result of this, there is limited recoverability of debt from customers because there are no disconnections,” the report states.

The report recommended that the LEC should ensure that debtors’ files are complete and updated regularly.  It also said the physical files should be updated so that they can be used in case of system failure.

The investigators also recommended written contracts signed by the LEC and their suppliers so that rights and obligations can be enforced in instances of breach of contracts.

Commenting on the issue, Adv Ntšehlele told this publication that the LEC had put itself in a difficult position by failing to recover the debts “because you cannot be in business and fail to collect debts from your debtors”.

He said some of the LEC’s policies including the procurement policy were obsolete, adding they had to be revised to keep up with the changing times.

Mr Tlali’s Fahrenheit Construction was awarded a M139, 000 tender; Mr Tlaitlai’s Simply Green got a M181, 600 contract; Mr Mohasi’s Main Powerline Electrical Co was awarded a M149 000 contract while Mr Monahaneng’s Fedics Services Lesotho was also awarded a M53, 200 tender. It is however, not stated what the tenders were for and which year they were awarded.

“We did not receive declarations of conflict of interest forms from the following individuals (of) Mongali Tlali, Manei Mohasi and Thabo Monaheng. This poses a risk in that the LEC staff are conflicted in the business processes within LEC,” the report states in reference to the tenders.

The report also notes that some LEC procurement staffers received gifts from known LEC suppliers and said this compromised their independence and judgement whenever they had to deal with the said suppliers. Those who received gifts were named as Mohale Peter Mohale, Matsepo Lekhoaba, Lekopa Mokoena, Sarah Motloung, Nandi Monokoa and Mantsukunyane Tšiu.

SNG recommended that LEC should revise its procurement policy to the number of gifts that could be received from suppliers as well as the value of such gifts to ensure the LEC’s procurement department’s independence and integrity was not compromised.

Adv Ntšehlele said the LEC had already commenced disciplinary proceedings against Messrs Tlali, Tlaitlai, Mohasi and Monaheng. He said dismissal had been recommended for one of them while the others’ fate is yet to be determined.

“The sad part about investigations is that you will, be attempting to deal with a situation when the horse has already bolted. There is nothing we can do except to take action against the (errant) employees.

“Our main focus is stemming the rot at managerial level because the ethical tone of a company is set at the top before it cascades down to all and sundry,” Adv Ntšehlele said.

IEC operations grind to a halt