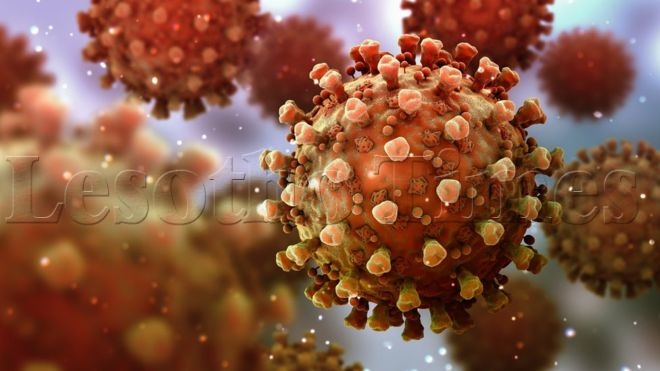 LESOTHO has recorded its first positive case of coronavirus (Covid-19).

Health Minister Nkaku Kabi said yesterday the affected individual was a Lesotho national who had been studying in Saudi Arabia. The patient had recently returned from that country with other 30 other students.

The positive result comes exactly a week after Lesotho lifted the lockdown that had been in place from 30 March to 5 May 2020 as part of efforts to prevent the spread of the virus.

The chairperson of the inter-ministerial committee spearheading the country’s response to the pandemic, Communications Minister Thesele ‘Maseribane, yesterday hinted at a possible reinstatement of the lockdown to stop the spread of the virus.

“Eighty samples came back negative and one was positive for Covid-19 from the group of 30 travelers from Saudi Arabia. This means that we have confirmed the first case of Covid-19 in Lesotho.

“He (Covid-19 patient) is being kept in isolation where he is being monitored for 14 days to see whether or not he will develop the antibodies to fight the virus.”

Mr Kabi refused to say where the patient was being held. He said Lesotho was finalising preparations to enable tests to be conducted locally at the National Reference Laboratory in Maseru. Once that was done, probably by Monday, the patient would be re-tested to ensure the accuracy of the initial results.

The minister appealed to the nation not to panic while also being vigilant and strictly observing all health regulations especially now that the country had recorded its first case.

The positive result comes a week after Lesotho lifted the lockdown against the recommendations of the National Emergency Command Centre (NECC) which had wanted it extended by another 14 days.

The NECC is an inter-ministerial committee tasked with spearheading the country’s response to the pandemic. It had recommended the extension on the grounds that the country’s health facilities were ill-equipped to handle any Covid-19 cases.

It said there were shortages of human resources as well as shortages of beds, medical supplies and thermometers for the fight against the pandemic.

The NECC chairperson, Chief ‘Maseribane, yesterday hinted at a possible reinstatement of the lockdown.

He said they had asked Prime Minister Thomas Thabane to urgently convene a meeting to revise the strategies to deal with the pandemic now that the first case had been reported in the country.

“The NECC is already exploring ways to save the nation…,” Chief ‘Maseribane said.

Until Tuesday, Lesotho was the only African country still to record any Covid-19 cases.

But the honeymoon period appears over. More cases could yet be recorded as the Ministry of Health said it was awaiting results of 301 other suspected cases sent for testing in South Africa.

There are also fears that more cases could be recorded as many Lesotho nationals continue to ignore the government’s pleas not to illegally cross back into the country from neighbouring South Africa which has been hit harder by the virus. South Africa has the highest number of Covid-19 cases in Africa. By yesterday, it had recorded more than 11 350 cases and more than 200 deaths.

Last week Mr Thabane expressed disappointment that hundreds of people were taking advantage of the two countries’ porous borders to illegally cross back into Lesotho. Mr Thabane said such illegal movements could sharply increase the number of infections in Lesotho.

A Health ministry official, Makhoase Ranyali-Otubanjo, said last week alone Lesotho had received more than 1000 illegal returnees from South Africa, whose borders with Lesotho remain closed, as part of efforts to prevent the spread of the virus.

There is also general pessimism about Lesotho’s ability to detect the pandemic since the country does hitherto not have any capacity to conduct its own tests.

Headache for ABC-DC as Thabane refuses to resign