Cannabis laboratory sets up in Lesotho 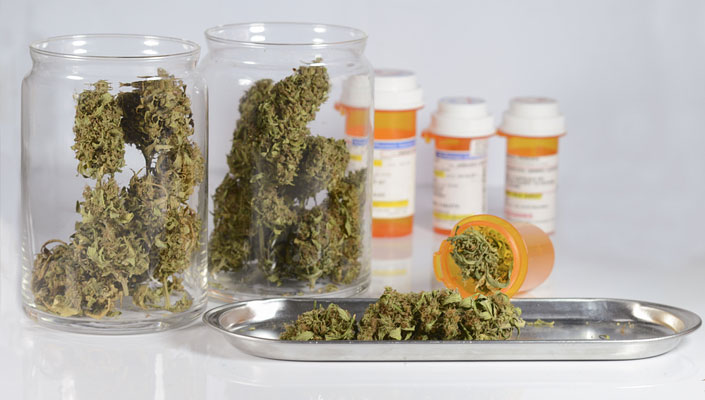 AS THE momentum around the establishment of the medical marijuana industry in Lesotho continues to build up, a private United States-based company, ProVerde, has moved in to open an office in Maseru where the it will house testing facilities as a market requirement.

The move will see local producers saving costs as they will no longer need to travel abroad to test their products or drugs.

ProVerde Laboratories, whose primary focus is on the certification of cannabis- based products to ensure consumer safety and growth of the industry, is renting space within the Letšeng Diamonds head office block.

The company’s president, Dorian Des Lauriers, told the media in Maseru this week that the offices are expected to start operating in the coming months as soon as setting up is completed.

He said the company has also identified the National University’s Associate Professor Mosotho George, to head its local operations.

The company defines itself an ISO 17025 accredited research laboratory offering state-of-the-art analytical services for the cannabis and hemp industries, including a wide variety of testing, extraction, formulation, research and consulting services.

Founded in Massachusetts in 2013, the company says it has presence in at least 19 countries worldwide and most states of America, where it has helped to provide assurance on their marijuana-based products.

He further indicated that the commitment demonstrated by the authorities to develop the industry also encouraged them to be part of the promising though young industry.

“In looking at Lesotho we thought it was a good location given the commitment of all the players in the country and officials are all interested in promoting cannabis industry here in Lesotho,” Dr Des Lauriers said.

“Having that kind of support is encouraging for an industry that is just starting out with products that we think are life changing and life-saving.”

Dr Des Lauriers explained that while medical marijuana products may be life-changing and life-saving, they could be dangerous to consumers if their production is not regulated.

He indicated that one of the major issues facing the industry is the threat of contaminants, which can render the finished products unsafe for human consumption.

“Our job is therefore to establish what possible dangers are in there so that we can warn the people about them,” he said.

Dr Des Lauriers further indicated that one of the issues needing regulation is the inconsistency in the dosage of marijuana products. He said if left unattended, the issue could lead to situations where consumers fail to get the medicine content that they need form the drugs.

For his part, chief scientific officer at ProVerde, Christopher Hudalla said contamination may arise out of the handling of the production processes right from the cultivation stage to the processing.

“Chemical understanding of cannabis/hemp is an essential element of the most rapidly growing sector in the US economy. For many contaminants, toxicity is cumulative.

“As a lab, our primary goal is to ensure consumer safety. Our objective is not to assign pass/fail criteria to a batch or sample. We are a resource that can be used to optimise production processes to enhance the quality of products available for consumers.

“If contaminants are identified, we can help identify the source to correct the issues,” Mr Hudalla said.

I have achieved all my goals: Prof Rapapa