WITH the international community setting the target of ensuring HIV/AIDS is no longer a public health issue by 2030, efforts to fight the pandemic have been stepped up over the preceding years.

Such efforts include the Joint United Nations Programme on HIV and Aids (UNAIDS) Fast-Track Strategy which was launched in 2014 with the aim of accelerating the HIV response in low and middle-income countries.

Another strategy is the Test-And-Treat method which ensures that people are put on treatment should they test HIV positive.

UNAIDS has stated that the aggressive response was informed by the need to ensure the strategy was not outrun by the pandemic.

Last week, a UNAIDS delegation visited Lesotho for two days to “capture highlights of the country’s HIV response” as well as congratulate government for the progress made in responding to the HIV/Aids pandemic.

The delegation was made up of the UNAIDS 90-90-90 Targets Global Champion, Marc Angel, UNAIDS Regional Director for Eastern and Southern Africa, Sheila Tlou and Badara Samb, the director of the Special Initiative Unit of UNAIDS in Lesotho.

Mr Angel, who is also a Luxembourg legislator, sat down with Lesotho Times (LT) Reporter Pascalinah Kabi for an interview on the sidelines of the visit. Among the issues discussed in the interview were his motivation to become a 90-90-90 targets global champion.

LT: What motivated you to come out of your comfort zone and fight the HIV/AIDS pandemic?

Angel: Luxembourg is a monarchy like Lesotho and has for many years been the long-standing partner of UNAIDS and United Nations Children’s Fund (UNICEF). For this reason and many others, the fight against HIV and Aids is something which has been very close to my heart. This is why I was happy when UNAIDS Executive Director Michel Sidibe appointed me as the 90-90-90 targets global champion.

I must mention from the get-go that I am from a civil society organisation background and fighting to end all social ills like HIV and Aids is something that I take seriously.

Besides being a politician, I am a HIV and Aids activist working hard to ensure that we end Aids now; that no one is left behind in the fight against the pandemic. So, when I left the civil society, I continued being interested in the fight against HIV. And as a 90-90-90 targets global champion, I intend to work hard to help all countries including Lesotho achieve the set targets by 2020.

Advocating for human rights and ensuring that every person has access to HIV testing and treatment for those who tested positive is very close to my heart. We need to move to a new era where discrimination and stigma will be a thing of the past and AIDS will no longer be a public health problem.

We all need to work together to ensure that no one is left behind. We owe it to ourselves and generations to come to ensure that by 2030 the world will be free of HIV and AIDS.

LT: What is the role of parliamentarians in ending the scourge of HIV and Aids?

Angel: I think legislators should be role models by being human rights advocates. Parliamentarians’ role in ending the pandemic is also to vote for budgets that are health-sensitive and that seek to end the scourge of HIV and Aids in the world. We need to vote for budgets that will bring about programmes seeking to achieve the 90-90-90 targets like Test-And-Treat.

Parliamentarians need to go to their constituencies and discuss these issues with people because, as role models, they have a role to play in ensuring that all countries achieve the 90-90-90 targets.

Parliamentarians need also vote for laws advocating for the end of HIV and AIDS and make it their mission to ensure these laws are implemented.

LT: In light of efforts being made to achieve the 2020 targets, what is the cost of ending HIV and Aids?

Angel: There is no fixed cost in ending HIV and Aids, but billions of dollars are being invested in this cause with the knowledge that investing US$1 in treatment yields US$15 in productivity. A healthy populace is economically active and not a burden to governments; hence all governments should work hard to achieve the 90-90-90 targets. This works as a prevention method as well because people living with HIV cannot transmit the virus when it is suppressed.

But while funding is important, governments should not rely entirely on donor-funding. They need to mobilise funding on their own by ensuring that their national budgets are sensitive to ending HIV and Aids come 2030.

Human resources are very important in ending AIDS, hence the need for governments to invest in human resources from community health workers to the highest levels.

Governments also need to create an environment where there is access to good health services. Countries like Senegal have done it and I don’t see why Lesotho cannot do it. From my meetings with several stakeholders, it is obvious that the Lesotho government takes its AIDS response seriously. It has invested a lot of money to ensure that its people have access to treatment. “Lesotho is one of the few countries where antiretroviral drugs are available for free).

Lesotho is also one of the first countries to launch the Test and Treat programme. With a commitment from everyone involved, I don’t see any reason why the country cannot achieve the 90-90-90 targets come 2020.

LT: What are some of the challenges you have identified that might affect the country’s ability to achieve these targets?

Angel: Lesotho’s continued political instability is negatively affecting the goal of ending HIV/AIDS. This is because each time there is political instability, the momentum dissipates. We want the fight against HIV/AIDS to continue regardless of what is happening. Another challenge is that of funding which is not totally absorbed.

LT: As a man, what is your message to your male counterparts who are assess their HIV status through their sexual partners?

Angel: In Lesotho, men are lucky that Test and Treat services have been brought to the people by way of mobile clinics in malls and other public spaces. I was so impressed by this initiative because it addresses issues of discrimination and stigma.

So I urge my male counterparts to access health services, do not test yourself by your partner’s HIV status. Go get tested. If you test positive, you will be initiated into treatment immediately and your viral load will be eventually suppressed if you adhere to treatment.

As a leader, you will not only be taking care of yourself but you will also be leading by example; encouraging other members of the society to go get tested. Knowing your status is power.

If you test positive, know that HIV is not a death sentence. With the right treatment and adherence, you will lead a normal life and live for many years to come. Knowing your status is priceless.

LT: What is the role of the media in ensuring that countries like Lesotho, with the second highest HIV prevalence rate in the world, achieve the 90-90-90 targets?

Angel: I cannot stress enough the important role the media plays in helping countries achieve the 90-90-90 targets. Without their important role of keeping governments in check and advocating for gender equality, empowering women and ensuring that other key populations (like lesbians, gays, bisexual, transgender and intersex) are not left behind.

Media is a key role player in ensuring that no one is left behind, especially young women and that health services are provided and accessed by all.

Without the media, we will not be able to disseminate crucial information to every citizen of every country.  Journalists help us ensure that the government invests money in healthcare and that money is accounted for. 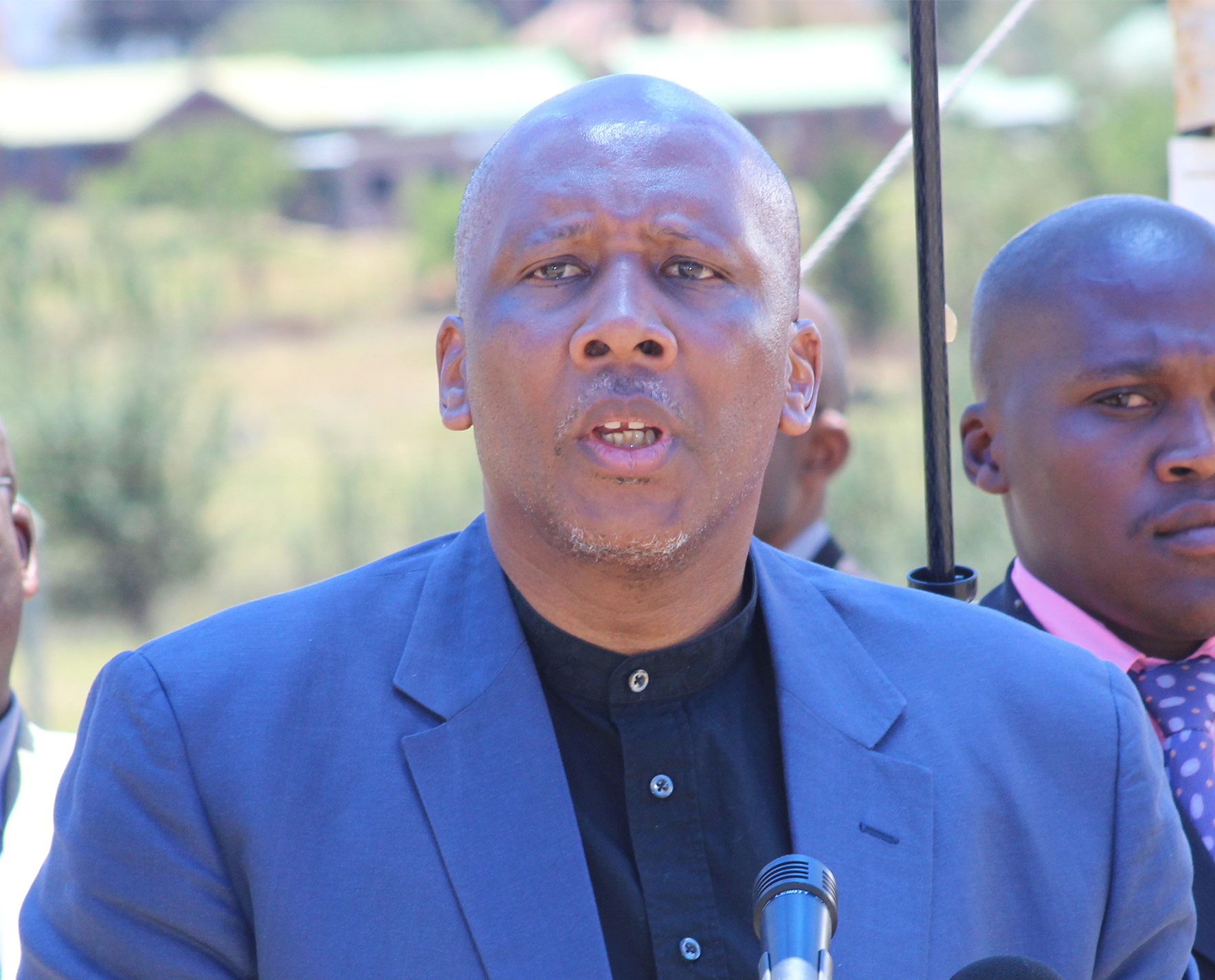 Remembering Taylor . . . with a chill